Oppo K5 will include a 64-megapixel primary sensor with an f/1.8 lens and EIS support.

Oppo K5 will sport a gradient back

Oppo K5 will make its debut on October 10, the Chinese company announced via a Weibo post on Thursday. The new Oppo phone will sport a quad rear camera setup as well as offer a gradient back with a 3D curved glass protection. Ahead of the formal launch, Chinese e-retailer JD.com has started taking reservations for the Oppo K5. The online marketplace is, however, yet to reveal the price and specifications of the new handset. An earlier leak of the Oppo K5 suggested the hardware, though.

As per the official post on Weibo, the Oppo K5 will launch in China on October 10. The launch date is identical to the release of the Oppo Reno Ace that is also scheduled in the Chinese region for October 10.

The Weibo post includes a teaser that confirms the quad rear camera setup on the Oppo K5. The handset will sport a 64-megapixel primary sensor and an 8-megapixel secondary sensor along with a wide-angle lens at the back. Further, its teaser shows three different colour options along with a gradient finish and a 3D curved glass design. 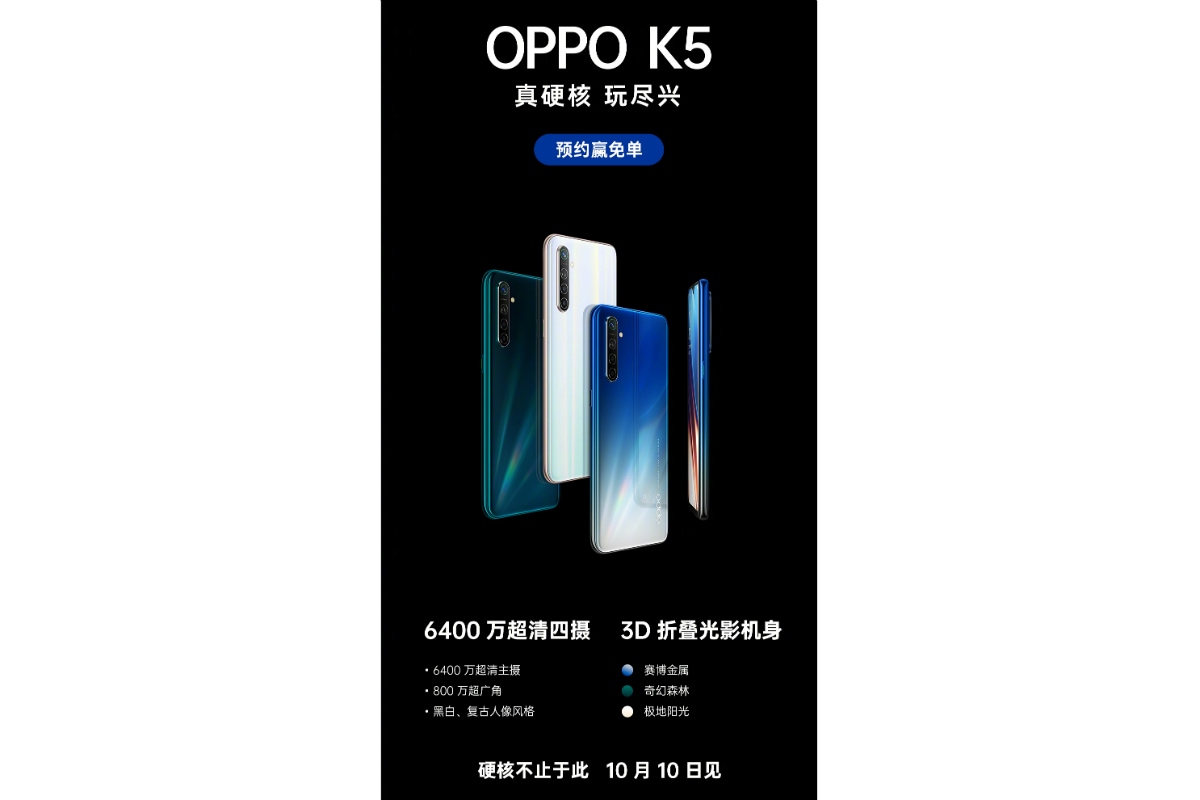 Alongside the teaser, JD.com has listed the Oppo K5 for reservations ahead of its official launch. The reservations page further reveals the rear camera setup. It highlights that the 64-megapixel primary sensor is paired with an f/1.8 lens and EIS support, while the 8-megapixel secondary sensor has a 119-degree Field of View (FoV). The camera setup is also confirmed to include a 32-megapixel selfie camera at the front. Furthermore, the reservations page mentions that there are various artificial intelligence (AI) backed camera features on the new Oppo phone.

A alleged TENAA listing of the Oppo K5 has also emerged online. The listing showcases the handset carrying model number PCNM00 alongside detailing its specifications.

The Oppo K5, as per the TENAA listing, runs Android 9 Pie and features a 6.4-inch full-HD+ (1080x2340 pixels) AMOLED display. It is also found to have an octa-core SoC, paired with 8GB of RAM and 128GB of onboard storage. Additionally, the quad rear camera setup appears to have two 2-megapixel sensors alongside the 64-megapixel and 8-megapixel primary and secondary shooters, respectively. 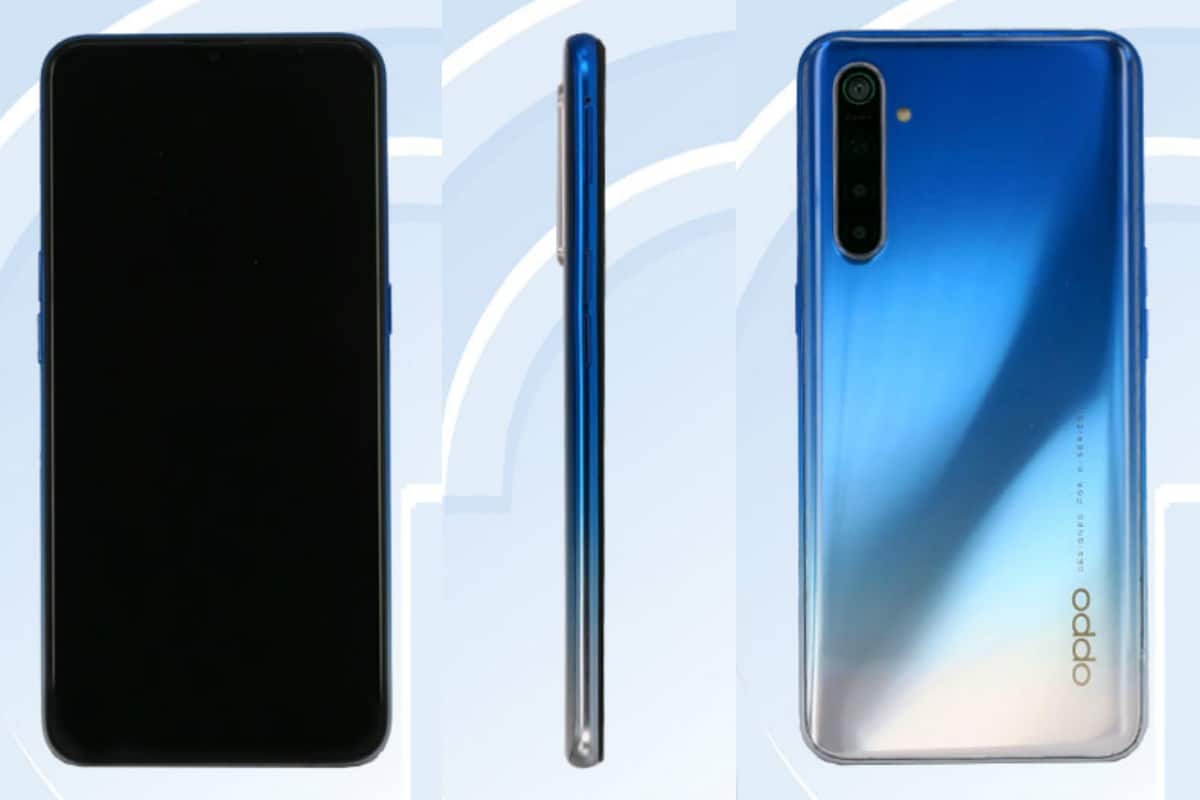 Oppo K5 would come with a full-HD+ AMOLED display along with a waterdrop-style notch
Photo Credit: TENAA

A recent leak on Weibo also suggested that the Oppo K5 would come with a Qualcomm Snapdragon 730G SoC and support 30W fast charging. The fast charging tech is expected to be VOOC 4.0 Flash Charge that Oppo unveiled earlier this month and is already a part of the Realme X2.