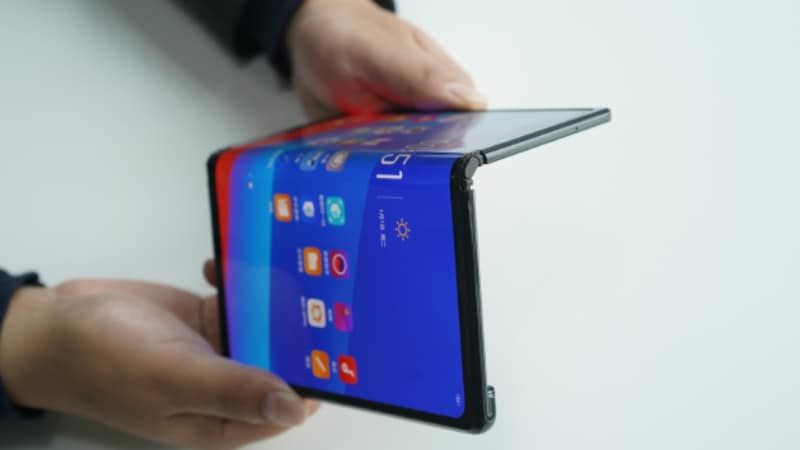 After Samsung and Huawei, Oppo is likely to be the next smartphone vendor to bring a foldable phone to the market. Vice President Brian Shen on Monday divulged the development by showcasing a prototype of a foldable phone by Oppo -- without revealing any specifications or availability information. The prototype looks quite similar to the Huawei Mate X that was unveiled at a pre-MWC conference in Barcelona on Sunday. However, the overall form factor, which is foldable, is somewhat also the reminiscent of the Samsung Galaxy Fold that the South Korean company announced at the Galaxy Unpacked event last week.

As per the images posted by Shen on Weibo, the prototype of the foldable phone by Oppo offers an outward-wrapped flexible display that provides two screens when folded and a single screen experience when unfolded. This seems similar to the Huawei Mate X that offers an 8-inch display when unfolded.

In addition to the flexible display panel, the foldable phone prototype appears to have a thick bar on one side that includes a camera module. It is likely that the phone would let users capture selfies and landscape shots using the same camera module -- just as the Mate X. Also, there isn't any notch or cutout when unfolded, unlike the Samsung Galaxy Fold that has a notch for the selfie camera module.

The camera module on Oppo's foldable phone prototype also appears to have a dual-LED flash. Furthermore, the thick bar has Oppo branding.

The prototype appears to have a new ColorOS version backed by Android. Moreover, Shen has asked Weibo users whether they want Oppo to kick off the mass production of the new foldable phone. This points to the prototyping stage of the new model.

It is quite an early stage to comment on the price of the foldable phone by Oppo. However, if we look at the price of EUR 2,299 (roughly Rs. 2,09,400) of the Huawei Mate X and $1,980 (roughly Rs. 1,41,000) of the Samsung Galaxy Fold, the new Oppo phone would cost significantly higher than the latest flagship smartphones.

The foldable phone pricing is going to be a key factor in adoption of this new form factor, analysts have claimed. Given the unrefined nature of the just announced foldable models, we are unlikely to see sales in large numbers.