The Oppo F9 Pro is 'coming soon' to the Indian market, the company said on Twitter

Chinese phone maker Oppo is gearing up to launch its latest Oppo F9 and Oppo F9 Pro smartphones, though only the latter is being teased in India for now. The phones will be be unique in the sense that they will sport a "waterdrop screen" with a next-gen display notch design that appears to be smaller than the one used previously on the Oppo F7. Additionally, live photos of the company's next flagship, Oppo R17, have been outed showing a similar small notch that houses just the front camera.

On Twitter, the official Oppo India account today teased the launch of the F9 Pro with the caption "Explore a brand new vision." The short teaser shows the smartphone's outline with a small notch in the middle of the phone. In fact, this notch reminds us of the one we saw on the Essential Phone back in the day. This teaser shows the handset in underwater environs, suggesting it may be water-resistant. There is no launch date, and the brand only said Oppo F9 Pro is coming soon.

Similarly, Oppo Malaysia's official Twitter account on Sunday tweeted about the launch of the Oppo F9 in the Southeast Asian country. While the precise launch date is yet unknown, the company did hint towards an evolved design with a smaller notch compared to its predecessor, the Oppo F7. "Get ready to welcome the OPPO F9 with new waterdrop screen, a breaking new vision experience for you!" states Oppo in the text. In this teaser, the smartphone's design is alluded to with a waterfall's shape, hinting this too could be a water-resistant model. A report by Malaysian blog SoyaCincau suggests that the Oppo F9 will have a screen-to-body ratio of 90.8 percent and will be launched sometime in August.

Separately, in a post shared on Weibo on Sunday, alleged live photos of the upcoming Oppo R17 have been leaked. They show a display notch similar to the one teased by Oppo for the upcoming F9 smartphone. Also, as has been the case in the past, the design of the Oppo R17 flagship will act as the base for this year's OnePlus 6T or next year's OnePlus 7. Interestingly enough, Oppo Find X was launched last month as the first smartphone to feature front and rear cameras on a motorised slider. However, Oppo has allegedly not chosen the same design language for its upcoming flagship suggesting that the slider might still be in prototype stage. That said, we cannot vouch for the leaked live images as there is no official backing for the same. 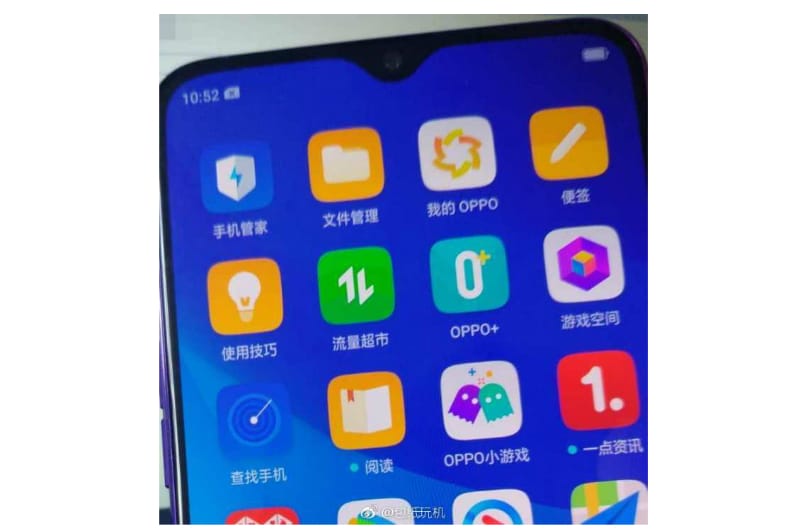 To recall, a recent leak suggests that the Oppo R17 might sport 10GB of RAM, making it the first smartphone to achieve the feat. According to the leak, it will sport a 4K OLED display with 92.9 percent screen-to-body ratio.