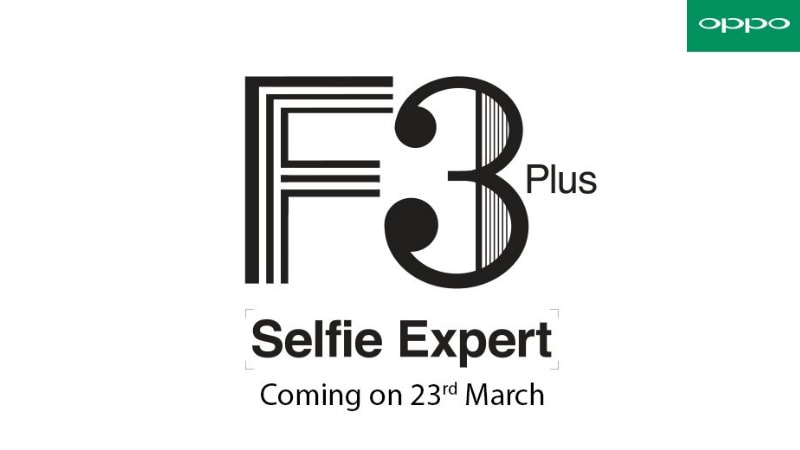 Oppo already sent out invites for its event on March 23 last week, and now the company has confirmed that it is set to launch the Oppo F3 Plus in India. In a new tweet, the Chinese giant said that the event will focus on the launch of the Oppo F3 Plus smartphone with its dual selfie camera setup as the big highlight.

The company's spokesperson has confirmed that the March 23 event will focus on the launch of the Oppo F3 Plus, but details on the arrival of the Oppo F3 will also be mentioned. The Oppo F3 Plus will be launched in four other markets alongside, namely, Indonesia, Myanmar, the Philippines, and Vietnam. The pricing and availability of the smartphone will differ depending on region.

Oppo has also shed some light on the camera details and says that the Oppo F3 Plus will be its first smartphone to sport a dual selfie camera setup. It is set to have a 16-megapixel main camera and an 8-megapixel sub-camera.

"The F3 Series will take selfie technology onto another level as well as it sets new trends. We are confident it will be a great success and will set a standard that others will follow," added Sky Li, Oppo Global Vice President and President of Oppo India in a statement.

GSMArena further tips that the Oppo F3 Plus is rumoured to have a 6-inch full-HD (1080x1920 pixel) display. It is expected to be powered by the Snapdragon 653 processor paired with 4GB of RAM. The smartphone may offer 64GB of internal storage and only one rear camera at 16-megapixel. The Oppo F3 Plus packs a 4000mAh battery, and weighs approximately 185 grams.