Oppo on Tuesday launched a new variant in its F3 series of selfie-focused smartphones for the festive season. Called the Oppo F3 Diwali Limited Edition, the new smartphone shares similar specifications to the original Oppo F3, which was launched in May this year, but comes in a new Red colour. The Oppo F3 Diwali Limited Edition was being teased by the Chinese company for a while, and it comes as the third limited edition model after the Deepika Padukone Limited Edition and Limited Black Edition that were launched earlier this year.

The Oppo F3 Diwali Limited Edition comes in a brand new Red colour. It will be available at a price of Rs. 18,990 from September 29 via Amazon and Oppo brand stores across the country. The buyers of Oppo F3 Diwali Limited Edition will also be eligible to receive a cricket bat signed by Indian Cricket Team as a Diwali gift. The original Oppo F3 variant is priced Rs. 1,000 higher than the price of this limited edition model, which makes it a deal. 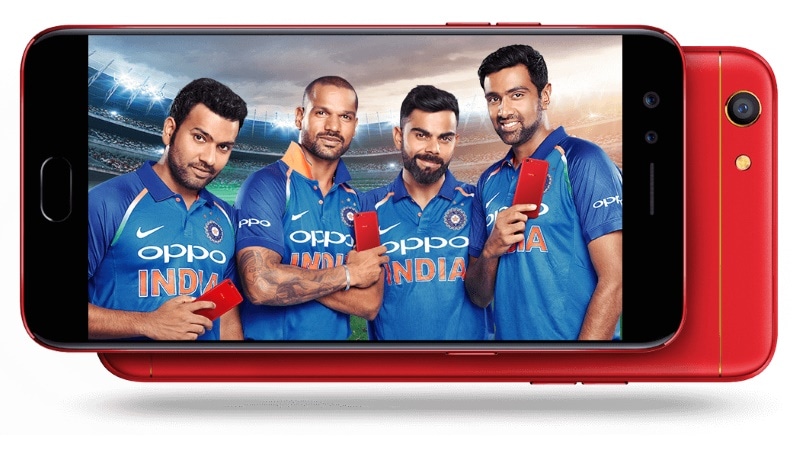 The specifications on Oppo F3 Diwali Limited Edition include a front-facing dual camera setup, which is the biggest highlight of the smartphone. There's one 16-megapixel 1.3-inch sensor with f/2.0 aperture, and another double view wide-angle camera that has an 8-megapixel sensor. While the former sports a 76.4-degree wide-angle lens, the latter sports a 120-degree wide-angle lens that allows for 105-degree field-of-view group selfies. The Oppo F3 comes with various camera features, including the Beautify 4.0 app, Selfie Panorama, Screen Flash, and Palm Shutter. At the rear end, it sports a 13-megapixel camera having a 1.3-inch sensor with PDAF, and an LED flash.