Oppo F15 can be expected to compete against the Redmi Note 8 Pro and Realme 5 Pro on the lower-end, and the Redmi K20 and Realme X2 at the upper-end. 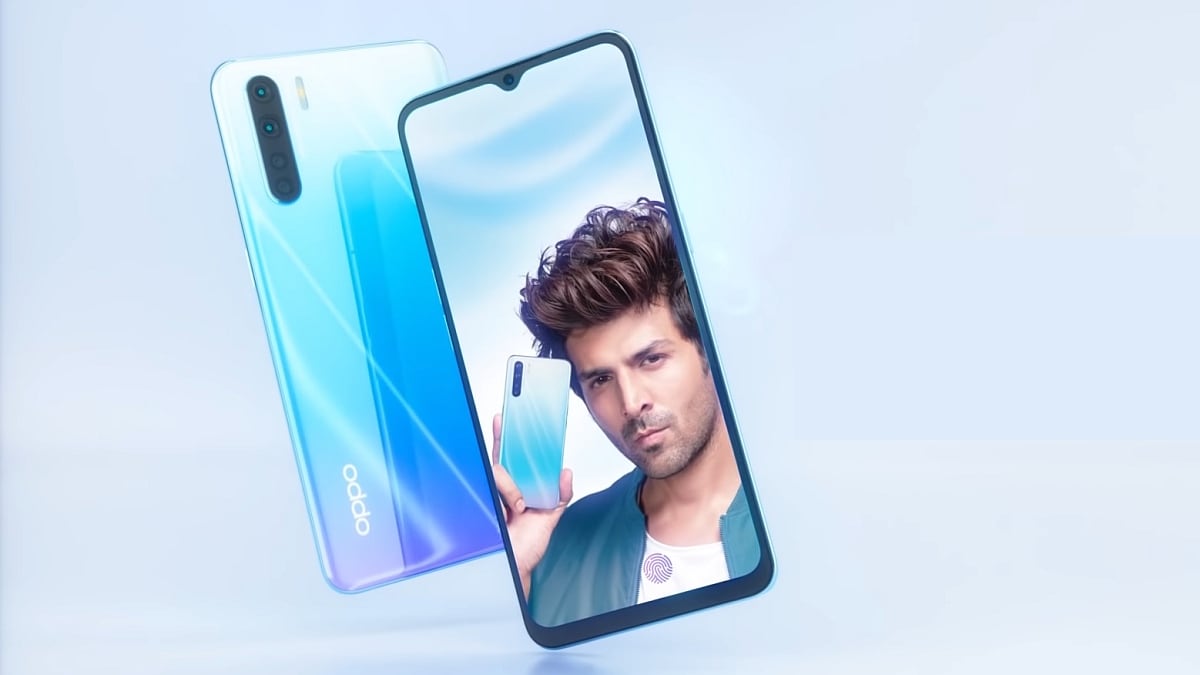 Oppo F15 will be launched in India today, and the launch event will be live streamed on YouTube and Facebook. The Oppo F15 is a new affordable smartphone with such highlight features as an in-display fingerprint sensor, 8GB of RAM, a 48-megapixel helmed quad rear camera setup, and fast charging. We expect the phone will have to show its worth against the popular Redmi Note 8 Pro and the Realme 5 Pro smartphones, which offer most of the above listed features. Read on for more details about the Oppo F15 launch in the country, its expected price, and specifications.

Oppo hasn't hinted at a price for the smartphone, but looking at the few features it has teased, we can expect the Oppo F15 price in India to be between Rs. 15,000 and Rs. 22,000. At that price range, the smartphone will compete against the Redmi Note 8 Pro and Realme 5 Pro on the lower-end, and the Redmi K20 and Realme X2 at the upper-end.

The Oppo F15 launch will be live streamed on Oppo India's YouTube channel and Facebook page. The launch starts at 12pm IST, and you should stay tuned to Gadgets 360 for live updates covering the unveiling. The smartphone will be made available on Amazon India, a teaser page indicates.

The Oppo F15 has been teased to be 7.9mm thick at its thinnest, weigh 172 grams, and feature a 20:9 aspect ratio display. It also features a quad rear camera setup with 48-megapixel primary sensor, as well as wide-angle and macro lenses. It will bear a 4,000mAh battery. The company is also touting the presence of VOOC 3.0 Flash Charge fast charging tech, said to deliver 2 hours of talk time with a 5-minute charge.

Another feature teased by the company is the presence of an in-display fingerprint sensor on the smartphone, said to unlock the Oppo F15 in as little as 0.32 seconds. The company is claiming improved unlock speed and recognition compared to previous offerings. Finally, the Oppo F15 has been teased to come with 8GB of RAM and 128GB of inbuilt storage - what appears to be the top variant of the smartphone.

Samsung Galaxy S20+ Hands-On Video Leaks, Rumoured to Offer 8K Video Recording; Galaxy Buds+ Said to Have No ANC
Game of Thrones Prequel House of the Dragon Might Premiere in 2022