Oppo CPH1931 will be the company’s first phone with Snapdragon 665 SoC.

An unannounced Oppo smartphone has popped up in Bluetooth SIG database. Carrying the model number CPH1931, the smartphone seems like a successor to Oppo R15 Pro, which has the model number CPH1831. However, as Oppo has ditched the R-series in favour of its new Reno lineup, it is possible that CPH1931 may debut as a part of the Reno series. Typically, Bluetooth SIG listings don't include many details, but surprisingly the Oppo CPH1931 listing has revealed quite a few details about the phone.

In terms of the connectivity options, the upcoming Oppo smartphone will include Bluetooth 5.0, 4G LTE support, and dual-band Wi-Fi. Additionally, the Oppo CPH1931 will run on ColorOS 6.1, most likely with Android 9 Pie. 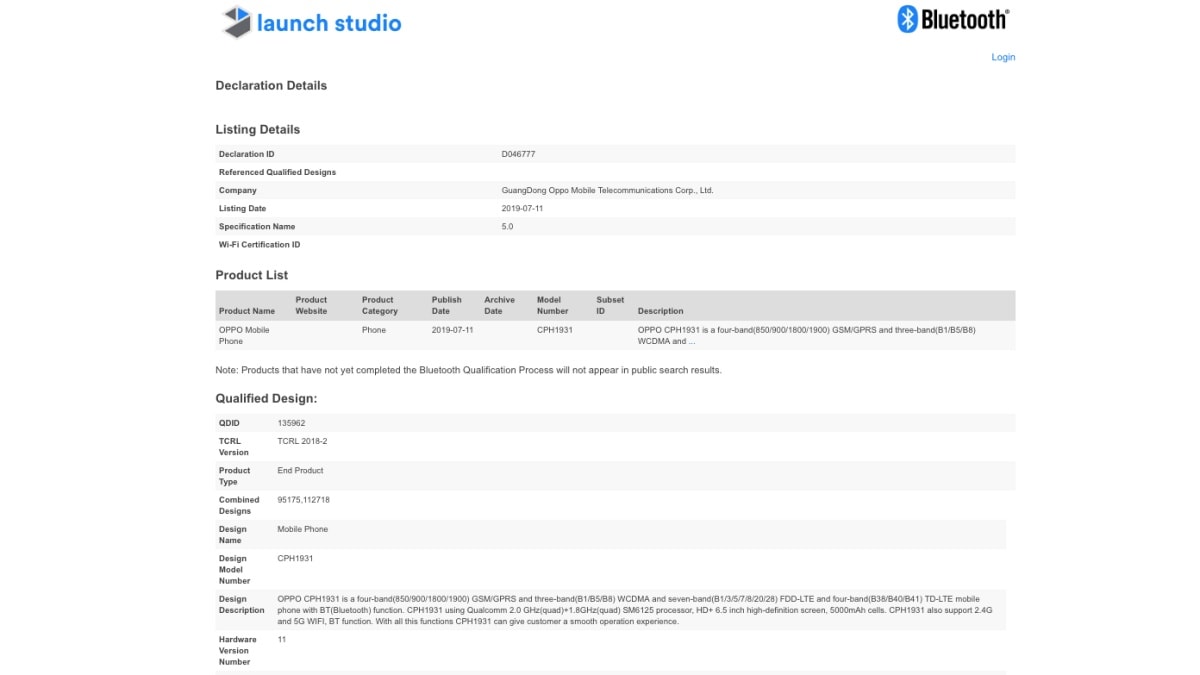 Other specifications are a mystery at this point but given the sighting in the Bluetooth SIG database, the actual launch of the phone shouldn't be too far. The listing was first spotted by MySmartPrice.

Meanwhile, Oppo India is getting ready to unveil the Oppo K3 smartphone on July 19 in the country. Oppo K3 was originally launched in China in May this year and comes with features like 6.5-inch full-HD+ (1080x2340 pixels) AMOLED display, Snapdragon 710 SoC, up to 8GB of RAM and a dual camera setup. The phone will be offered via Amazon in the country.