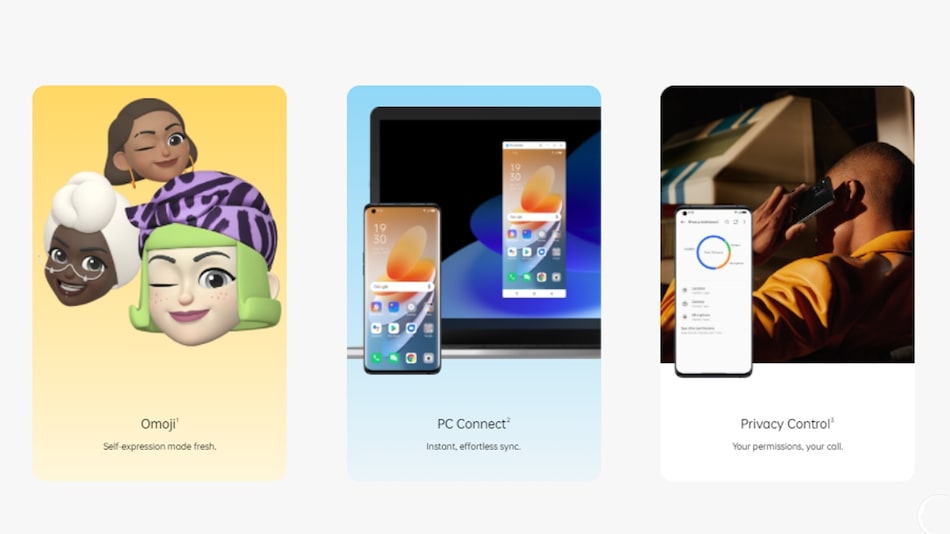 Oppo's ColorOS 12, which is based on Android 12, is now rolling out to more smartphones offered by the Chinese company in India. Oppo has revealed that various phones will soon get the official version as well as the beta version of the OS and some of the handsets have already got the beta versions. The company has listed a few phones that will get the latest OS update in India in the first quarter of 2022. The company revealed the OS rollout timeline for Q1 2022 in China last month.

When it comes to ColorOS 12 Beta version, the Oppo A74 5G has already got it, and the company says that it would be available to more handsets from February 2022. As per a post on Oppo Community Forum, the beta update arrives with firmware version C.29, and users should be on firmware version A.12 in order to receive the OTA update.

Other phones that will get Beta version next month include Oppo Reno 4 Pro, Oppo F19 Pro and Oppo F17 Pro. In March 2022, it will also be rolled out for the Oppo A53s 5G handset, the company said.

Once you get the stable update, you will get a notification to update the phone. In order to manually install the update, users can click on Settings > Software update.

Oppo launched the ColorOS 12 global version in October last year and it comes with Android 12's wallpaper-based theming system with Material You. There is an App Cloner, free camera SDKs that covers ultra steady video shooting, HDR, super wide-angle, and more. It also gets Privacy Dashboards, approximate location sharing, and microphone and camera indicators. Other important features include three-finger translation for Google Lens and a Phone Manager to boost productivity.