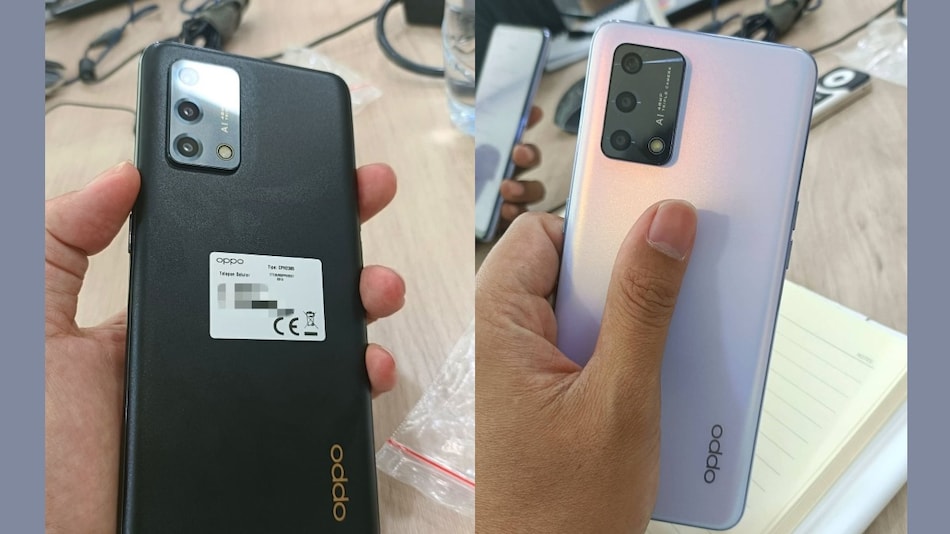 Oppo A95, the purported handset from the Chinese smartphone maker has been in rumours for quite a while now. Now, a new leak suggests that the 4G handset will be launched in Southeast Asian markets in November. Ahead of the official announcement from Oppo, live images and colour options of the handset have surfaced online. The new A-series smartphone is said to be available in two colour options and could feature a triple camera setup at the rear. Recently, the handset was spotted on the Geekbench benchmarking site with model number CPH2365. Oppo A95 is likely to arrive as a successor to the Oppo A94 that debuted in March this year.

Known tipster Sudhanshu Ambhore tweeted some renders of Oppo A95 (4G variant) and shared that the smartphone will be heading to Southeast Asian markets this month. In the live images, Oppo A95 is seen with a hole-punch display and a vertical triple camera module on the back. The volume buttons are seen on the left spine of the phone. According to the tipster, Oppo A95 4G will come in Glowing Starry Black and Rainbow Silver colour options.

Since there's no official confirmation from Oppo yet, this information should be considered with a pinch of salt.

Oppo A95 was recently spotted on Geekbench benchmarking site with model number CPH2365. The listing suggested that the handset could run on Android 11 and be powered by an octa-core Qualcomm chipset. Oppo A95 is also said to have 8GB RAM and a maximum clock speed of 2.02GHz.

Oppo A95 reportedly bagged many certifications including the likes of NBTC, FCC, Indonesia's TKDN, and China Quality Centre (CQC). Also, past leaks suggested that Oppo A95 may run on Android 11 with ColorOS 11.1 on top. It is said to have a 3.5mm audio jack along with earphones bundled in the box. The smartphone is also tipped to be equipped with a 5,000mAh battery that offers support for 33W fast charging.

GoPro-like gimbal gimmicks, and OIS on all four cameras — is Vivo X70 Pro+ worthy of Rs. 80,000? We discussed this on Orbital, the Gadgets 360 podcast. Orbital is available on Spotify, Gaana, JioSaavn, Google Podcasts, Apple Podcasts, Amazon Music and wherever you get your podcasts.
Advertisement

WWE Partners With Blockchain Creative Labs to Announce NFT Marketplace Due to Launch Soon
GE Appliances, Einride Team Up to Operate Automated Electric Trucks in US