Oppo A91 is rumoured to come with a 6.4-inch full-HD+ AMOLED display.

Oppo A91, a new mid-range smartphone by the Chinese company, has allegedly been spotted on Geekbench with model number PCM00. The Geekbench listing of the Oppo phone suggested some of its key specifications. It emerges days after the Oppo A91 surfaced on China's TENAA database. Separately, some leaked press renders suggesting the design of the Oppo A91 have surfaced online. The renders show that the smartphone would have a gradient back in Blue and Black colour finishes and flaunt a waterdrop-style display notch.

According to the listing on the Geekbench website, the Oppo phone carrying model number PCM00 runs Android 9 Pie and includes 8GB of RAM. The smartphone also appears to have a MediaTek Helio P60 (MT6771V/CT) SoC with a base frequency of 1.99GHz. Further, the phone has received a single-core score of 1,479 and a multi-core score 5,733. 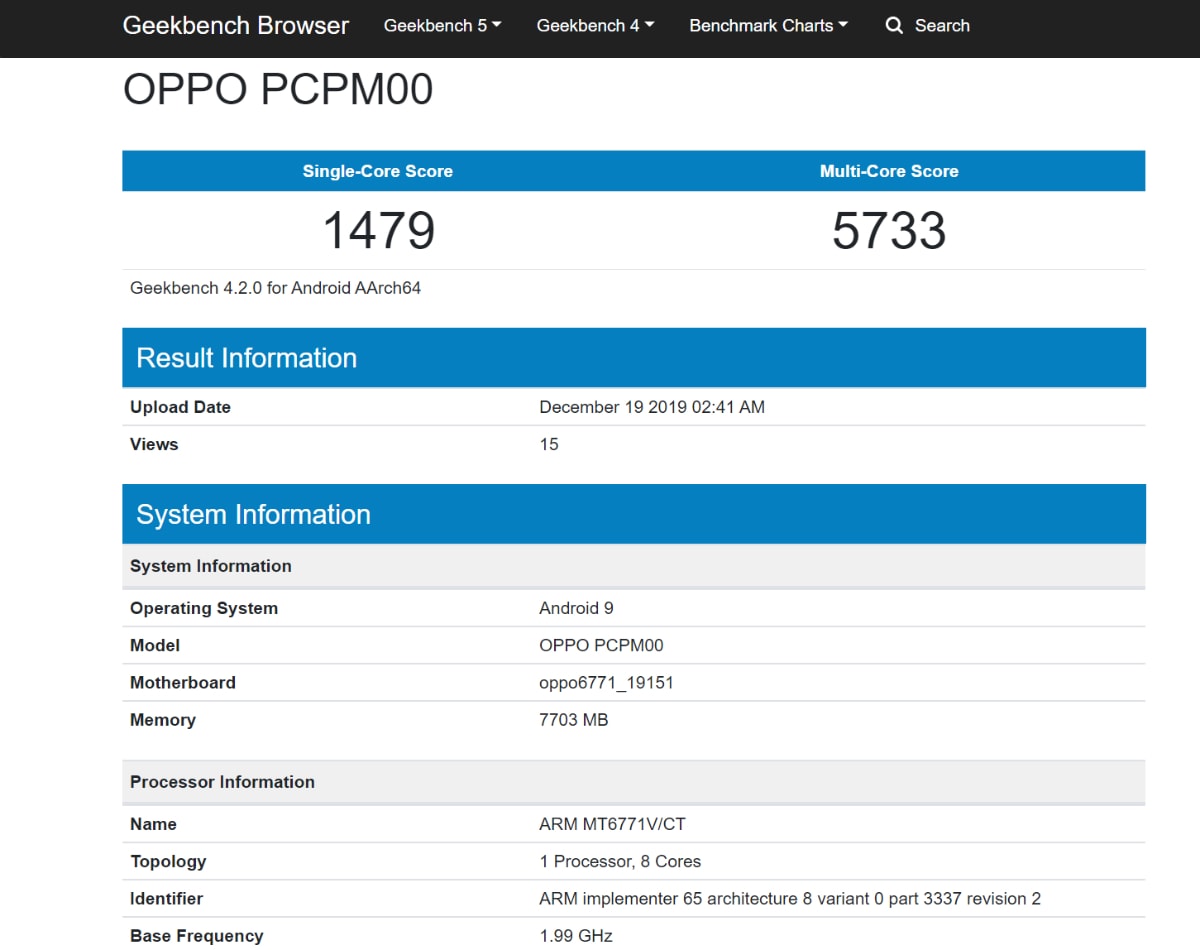 The Geekbench listing doesn't reveal the exact name of the listed smartphone. However, it is speculated to be the Oppo A91 that was spotted in an alleged poster earlier this week. The listing was spotted by technology blog Nashville Chatter that often covers unannounced developments. However, Gadgets 360 was able to independently verify the listing on the Geekbench website.

In addition to the Geekbench listing, an article on China's Sina website has posted a list of leaked press renders suggesting the design of the Oppo A91. The renders show that the phone has the gradient back design, similar to several other Oppo smartphones. It also appears to have USB Type-C port and 3.5mm headphone jack. Further, Oppo would offer a quad rear camera setup and an in-display fingerprint sensor on the smartphone. 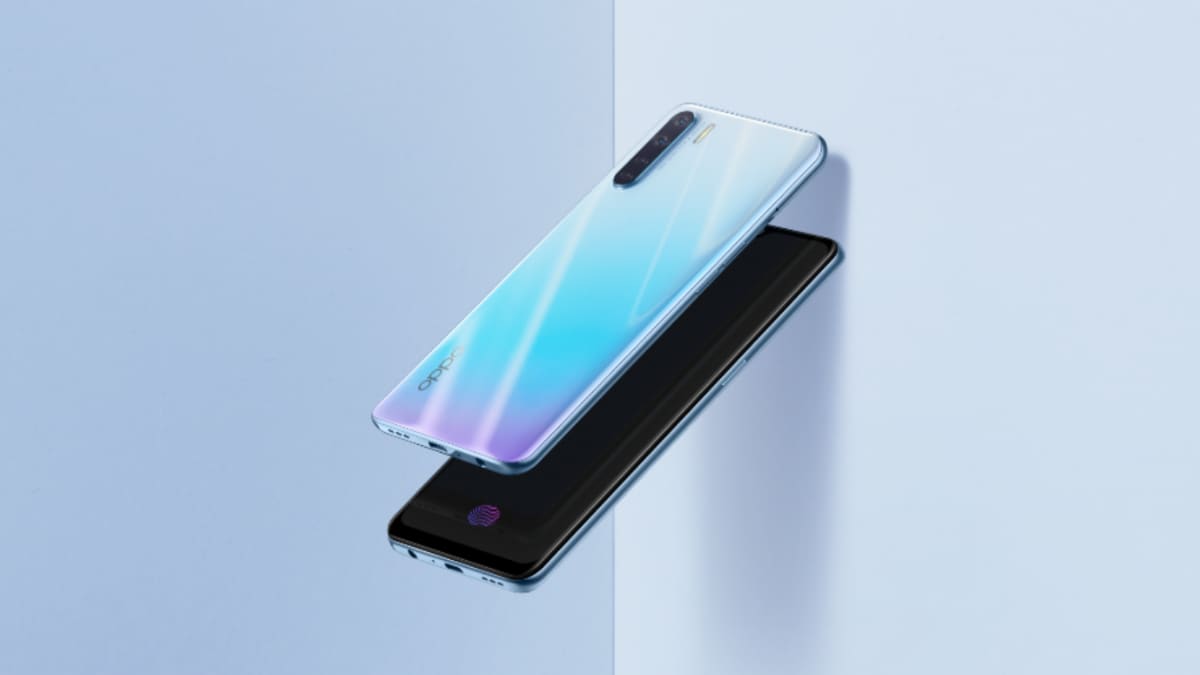 The Oppo phone featured on the renders is said 7.9mm of thickness and 172 grams of weight. Additionally, there is a 6.4-inch AMOLED display on the Oppo A91 with a waterdrop-style notch.

Late last month, the Oppo smartphone with the model number PCM00 surfaced on TENAA. The listing on the TENAA site suggested some specifications that include the 6.4-inch full-HD+ (1080x2340 pixels) AMOLED display that has been reported by the Chinese source. The handset was also listed with 128GB of onboard storage and a 3,935mAh battery.

TENAA also includes some images of the Oppo smartphone that are in line with what we've seen through the leaked press renders.

That being said, Oppo is yet to confirm the existence of the A91. It is, thus, safe to consider the developments with a pinch of salt.