Oppo A7 Price in India Tipped to Be Rs. 16,990 Ahead of Imminent Launch

Oppo A7 was recently launched in Nepal and China, and is a mid-segment smartphone with dual cameras and a gradient design. Soon after, the company began teasing the India launch of the smartphone. For now, we don't have a confirmed launch date of the smartphone. But ahead of that, an established Mumbai-based retailer has revealed the Oppo A7 price in India. To recall, the Oppo A7's biggest highlights are its 4,230mAh battery, its dual rear camera setup, and large 6.2-inch display with a 19:9 aspect ratio. It also features a contoured finish on its body, and will be available in Glaring Gold and Glaze Blue colour variants. 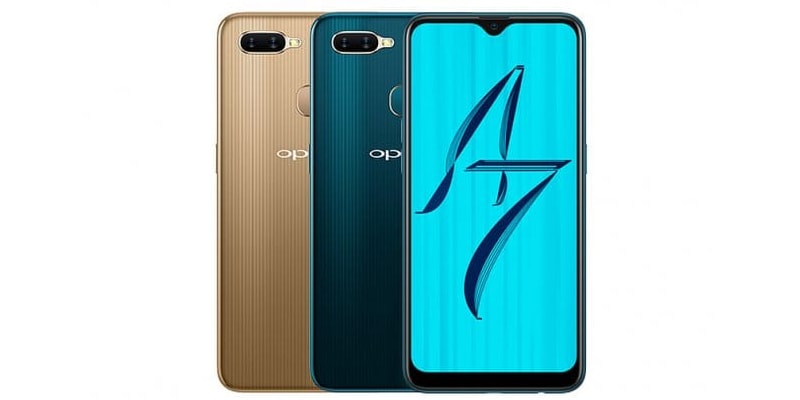 Oppo A7 colour variants are Glaring Gold and Glaze Blue

Connectivity options in the Oppo A7 include 4G VoLTE, Wi-Fi 802.11 a/b/g/n, Bluetooth v4.2, GPS/ A-GPS, GLONASS, Micro-USB with OTG support, and a 3.5mm headphone jack. Sensors on board include accelerometer, ambient light sensor, digital compass, gyroscope, and proximity sensor. The phone is fuelled by a 4,230mAh battery. In terms of dimensions, the smartphone measures 155.9x75.4x8.1mm, and weighs 168 grams.