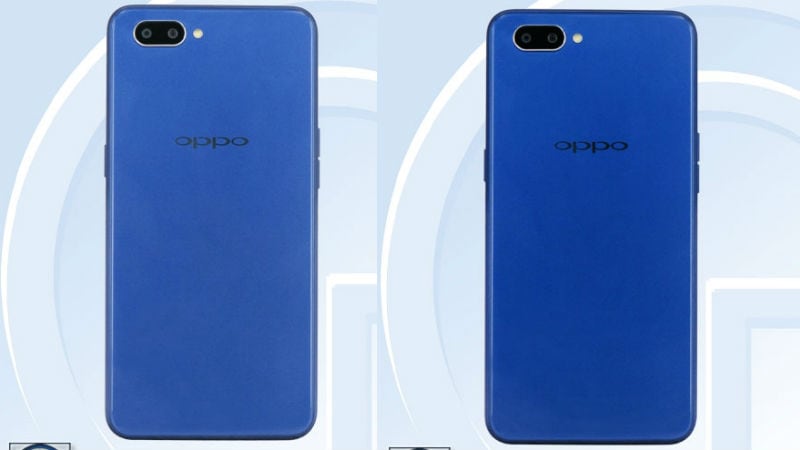 Oppo A5, a budget smartphone from the Chinese manufacturer, had recently surfaced online along with specifications and images. According to the previous leaks, the Oppo A5 appears similar to the Oppo A3 and the Realme 1 smartphones. Now, the upcoming have been spotted on a Chinese certification site that tips more details about the Oppo handset and we expect it to go on sale in the country soon. The listing has suggested features that are in line with the key highlights that were seen in an earlier report, including a display notch on a 6.2-inch screen, and a Qualcomm Snapdragon 450 processor paired with 4GB of RAM.

Two smartphones from Oppo, with model numbers PBAM00 and PBAT00 were spotted last month in a TENAA certification listing in China. These smartphones are believed to be the upcoming Oppo A5 that had recently surfaced. As per both the listings, the alleged Oppo A5 will sport a 6.2-inch display with 19:9 aspect ratio and a notch similar to the Oppo A3. However, it has a lower HD+ resolution of 720x1520 pixels, compared to the full-HD+ resolution of the Oppo A3. Additionally, it will be powered by an octa-core processor clocked at 1.8GHz, which could be the Snapdragon 450 SoC. Additionally, it is equipped with 4GB of RAM and 64GB of inbuilt storage.

When it comes to the camera, the TENAA listing reiterates the details that were leaked earlier. The Oppo A5 is said to feature a dual camera setup on its back, with a 13-megapixel sensor and a 2-megapixel sensor. There is no fingerprint scanner on the smartphone, meaning the 8-megapixel camera at the front may function for a face unlock feature.

The listing shows that the Oppo A5 will be fuelled by a 4100mAh battery and in terms of dimensions, the smartphone measures 156.2x75.6x8.2mm and weighs 168 grams. In terms of connectivity, the handset will have 4G VoLTE, Wi-Fi, Bluetooth, and GPS. Sensors on board include an ambient light sensor, gravity sensor, and proximity sensor. Finally, the Oppo A5 is expected to come in Dark Blue, Light Blue, Powder, and Purple.