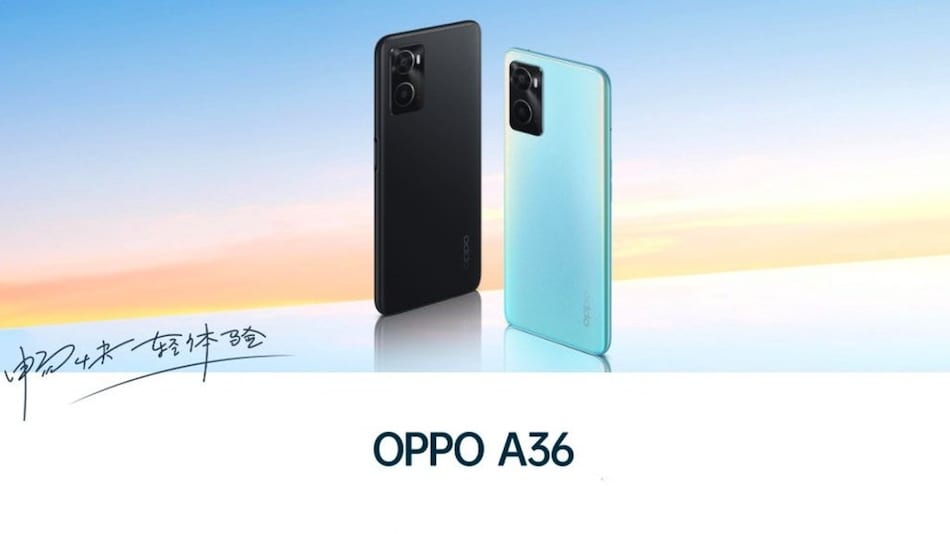 Oppo A36 is launched on two colour options

Oppo A36 smartphone has been launched in China. The smartphone belongs to the Oppo A series and is powered by a Qualcomm Snapdragon 680 SoC. The phone comes in a single RAM + storage configuration and features a dual rear camera setup. The Oppo smartphone packs a 5,000mAh battery. Meanwhile, the Chinese company is expected to launch the Oppo A16K in India soon. Oppo A16K has already launched in the Philippines and is powered by the MediaTek Helio G35 SoC under the hood.

Oppo A36 price and availability

Oppo A36 is priced at CNY 1,599 for the lone 8GB of RAM and 256GB storage. The Oppo phone is available for CNY 1,499 as a part of the pre-sale offer. It can be pre-booked via Oppo Shop and the phone will be up for grabs from January 14. It is launched in Cloudy Black and Qingchuan Blue (translated) colour options.

Oppo A36 runs Android 11-based ColorOS 11.1 with some software-level modes. The smartphone sports a 6.56-inch HD+ IPS LCD display with a 90Hz refresh rate and a hole-punch cutout that is placed at the top left corner. Under the hood, it packs a Qualcomm Snapdragon 680 SoC paired with 8GB of RAM and 256GB internal storage. There is a microSD card slot that supports up to 1TB storage expansion.

For photography, the handset comes with a dual-camera setup that is highlighted by a 13-megapixel main sensor and a 2-megapixel portrait camera. There is an LED flash in the rectangular module. On the front is an 8-megapixel camera for selfies and video calls. It packs a 5,000mAh battery with 10W charging. Oppo says that the phone has gone through strict physical tests including 20,000 USB plugs and unplugs, 150,000 volume rocker clicks, and 500,000 power button clicks.

Xiaomi India speaks exclusively to Orbital, the Gadgets 360 podcast, on their plans for 2022 and pushing for 120W fast charging with the 11i HyperCharge. Orbital is available on Spotify, Gaana, JioSaavn, Google Podcasts, Apple Podcasts, Amazon Music and wherever you get your podcasts.
Advertisement