Upcoming Oppo A31 could be powered by a MediaTek processor 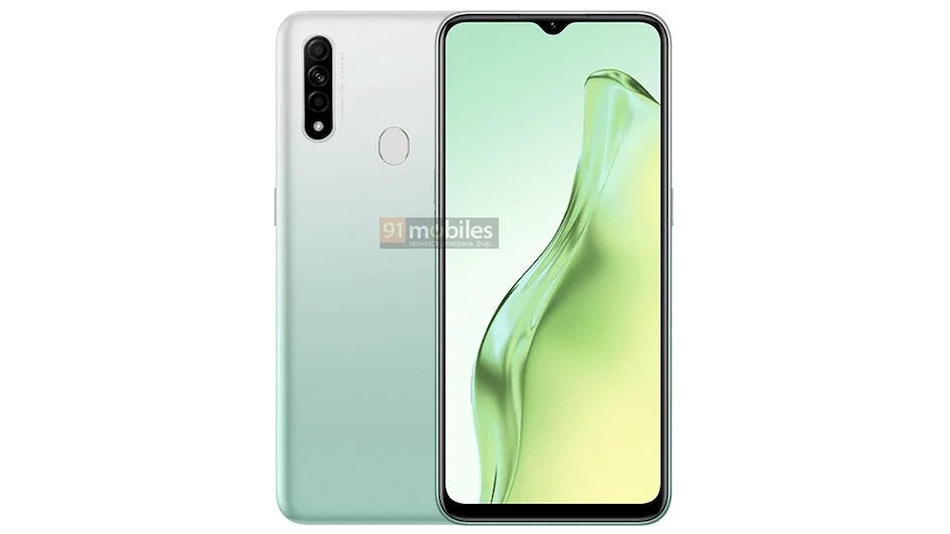 The Oppo A31 will sport a triple camera setup, the latest render leak shows

The news of the leaked renders of the Oppo A31 was posted by 91mobiles which claims to have got the information from a reliable tipster. The Oppo A31 is said to sport a 6.5-inch display and pack in a 4,230mAh battery. The render that 91mobiles received shows the phone will have a waterdrop notch at the front. It also reveals a triple camera setup at the back along with a fingerprint sensor.

The Oppo A31 is said to come in three colour options - Fantasy White, Lake Green, and Mystery Black. Tipster Ishan Agarwal has also revealed to 91mobiles that the Oppo A31 will be powered by a MediaTek Helio P35 SoC and will ship with Android 9 instead of Android 10. This information contradicts a recent Oppo A31 listing on Geekbench which revealed that the new smartphone will sport a MediaTek Helio P90 SoC and run Android 10. So we will take the new information with a pinch of salt. The device is said to come in 4GB and 6GB RAM variants paired with 64GB and 128GB of storage respectively.

The triple camera at the back is said to comprise a 16-megapixel primary shooter, a 2-megapixel depth sensor, and a macro camera. For selfies, it is said to sport an 8-megapixel camera positioned in the dew-drop notch. With such details emerging, it is likely that the launch of the smartphone isn't far away.

iQoo 3 With Snapdragon 865 SoC Coming to India Soon, Flipkart and iQoo.com to Carry the Smartphone
Xiaomi CEO Urges China's Smartphone Industry to Return to Work as Soon as Possible