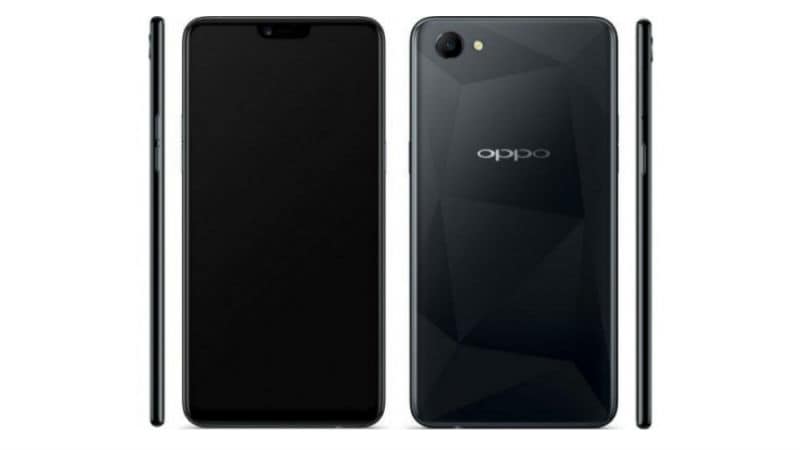 Chinese smartphone manufacturer Oppo may soon launch another smartphone in its A-series. Following the launch of Oppo A1 in China, the company is reportedly ready with an Oppo A3 handset. The smartphone has suddenly surfaced online via benchmark listings and a certification site, showcasing most of the design details and specifications. Similar to the Oppo A1, the A3 is also expected to come with a facial recognition technology by removing the fingerprint scanner. Also, the handset is possibly going to be yet another addition in the lineup of smartphones that have embraced the iPhone X-like notch. Also, the new handset appears to be similar to the Oppo F7, suggesting it will be a low-priced variant of the new model.

As per listings posted on TENAA in China, the Oppo A3 comes with model numbers PADT00 and PADM00. The smartphone will sport a 6.2-inch full-HD+ (1080x2280) display. Additionally, the smartphone is expected to be equipped with a 16-megapixel rear camera and an 8-megapixel front camera. The Oppo A3 will run Android 8.1 Oreo, with the company's own skin on top. Also, the listing revealed that the smartphone will come in 4GB and 6GB RAM variants with inbuilt storage options being 64GB and 128GB.

The Oppo A3 will have connectivity options like 4G VoLTE, Wi-Fi, Bluetooth, and GPS, according to the listing. Additionally, the smartphone will include an ambient light sensor, proximity sensor, and gravity sensor. It is fuelled by a 3300mAh battery. The Oppo A3 measures 156x75.3x7.8mm and weighs 159 grams, the listing has revealed.

As mentioned, the Oppo A3 has also been spotted in a benchmark site. A Geekbench listing has showcased some details about the Oppo A3 with model number PADM00. One of the variants of the handset is said to come with 4GB of RAM. It will be powered by the octa-core MediaTek Helio P60 (MT6771) processor, clocked at 2GHz. Notably, the smartphone scored 1507 in single-core performance and 5755 in multi-core.

Notably, a Chinese telecom site has also revealed the upcoming Oppo A3, 5gmobilephone reports. This listing confirms most of the specifications that were revealed earlier. However, it says that the handset will sport a 16-megapixel camera at the back and an 8-megapixel at the front. If the report is to be believed, the smartphone may have a 16GB inbuilt storage variant as well, expandable via microSD (up to 256GB). Finally, the Oppo A3 is expected to come in Blue, Knight Black, Stardust Silver, Pomegranate, and Soybean Meal colour variants, and will be priced at CNY 1,999 (roughly Rs. 20,900).