Oppo A12e, according to the official listing, will sport a relatively big notch that will house the selfie shooter. 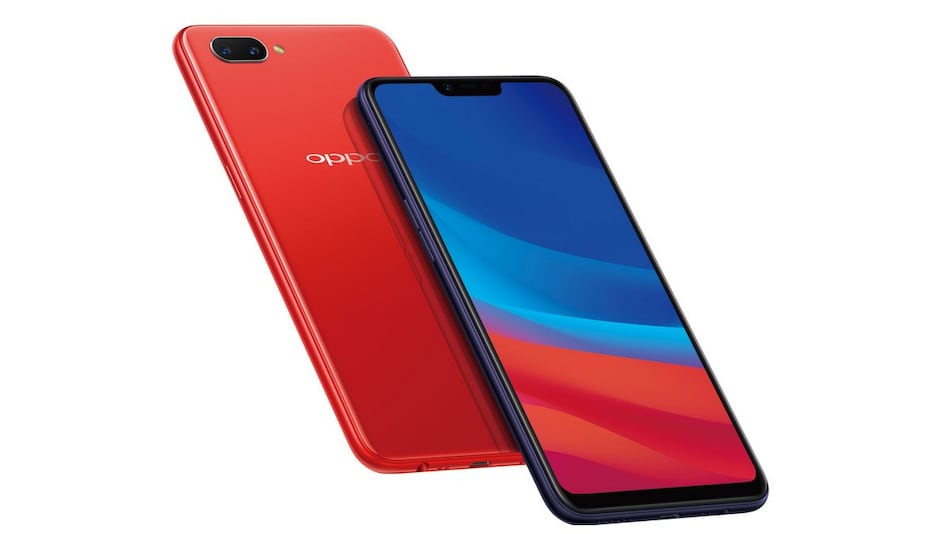 Oppo A12e will come in purple and red colour options

Oppo A12e, an upcoming smartphone from the Chinese smartphone maker, has been confirmed and detailed in an official listing on the company website. The listing that was recently spotted has since been taken down, suggesting that it was premature, however a cached version can still be found on Google. The cached version shows the key specifications of the Oppo A12e that seems like a rebranded version of the Oppo A3s. Additionally, the design of the phone is visible in the renders used in the product listing.

The listing was up on the Oppo Vietnam website before it was taken down. The cached version of the listing page states the Oppo A12e has a 6.2-inch screen with 19: 9 aspect ratio. It will be offered in in two colour options namely, purple and red, as seen in the images.

There are going to be two cameras on the back with support for taking portrait shots. On the front, the relatively huge notch will house the selfie camera with AI 2.0 beauty mode. The listing also suggests that the Oppo A12e is powered by a 14nm octa-core Snapdragon SoC but the company does not specify the exact name of the processor. The Oppo A12e will pack 4,230mAh battery that the company claims, can last up to 18 hours with continuous use.

The phone will also feature face unlock capabilities and run on ColorOS 5.1. The listing for the Oppo A12e also shows a Music Party feature that will seemingly allow other smartphones to be connected via hotspot and listen to what you are listening.

Further, the phone render indicate the presence of 3.5mm headphone jack on the bottom and what looks like a USB Type-C port. The listing does, however, state that the product images are for reference only and that some product specifications and descriptions may change.

There is no information on the RAM, storage, camera resolutions, and some other key specifications for the Oppo A12e. It is also unclear when the phone will be launched and at what price.

Talking about the Oppo A3s, it was initially launched in 2018 with just a 2GB + 16GB storage variant but the company soon released in another 3GB + 32GB variant. The phone packs a 6.2-inch HD+ (720x1,520 pixels) display with 19:9 aspect ratio. It is powered by octa-core Snapdragon 450 SoC and comes in 2GB and 3GB of RAM with 16GB and 32GB storage options. It also has a dual rear camera setup which includes a 13-megapixel primary sensor and a 2-megapixel secondary sensor. For selfies, there is an 8-megapixel sensor with the same AI Beauty technology 2.0.