OnePlus is teasing the phone’s availability on Amazon India. 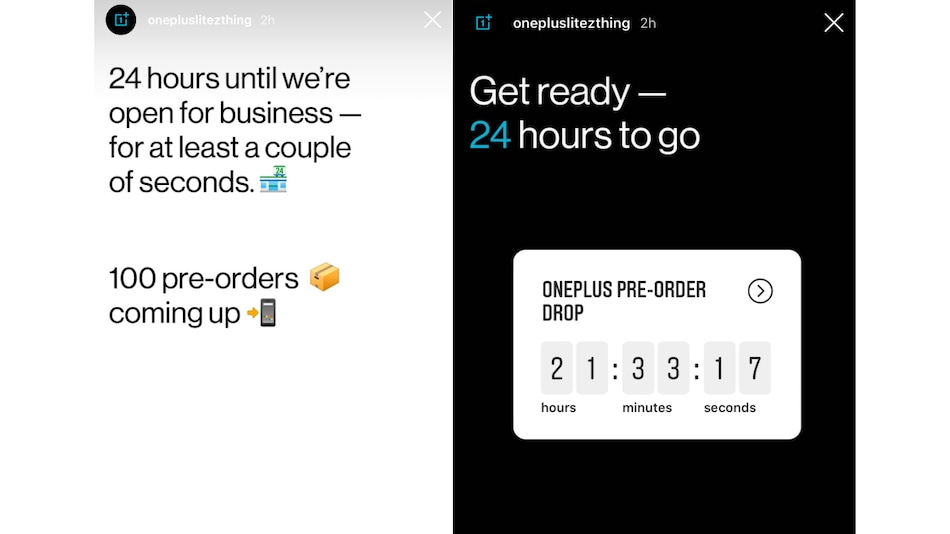 OnePlus Z is tipped to be powered by Snapdragon 765G SoC

OnePlus is hosting a ‘New Beginnings' launch event today at 5.30pm IST, wherein it is expected to announce details regarding the OnePlus Z aka OnePlus Lite. Just ahead of the company's event, OnePlus has teased pre-order details of the upcoming phone. While the name hasn't been unveiled yet, the new OnePlus device will be up for limited pre-orders for as soon as tomorrow. The company will make available 100 units of the upcoming phone available for pre-order at 1:30pm IST tomorrow.

The company took to Instagram to share pre-order details of the OnePlus Z or OnePlus Lite. It shared in its Instagram Stories that the new device will be up for pre-order in a limited quantity in the next 24 hours. OnePlus teased that only 100 units of the OnePlus Z or OnePlus Lite will be made available for pre-order. The pre-orders will begin at 1:30pm IST tomorrow. More details regarding the pre-orders should be announced at the event today.

There is a dedicated page on Amazon India that teases the arrival of the new OnePlus device, and confirms availability as well.

Rumours about the device being a rebranded version of the Oppo Reno 4 were circulating online, and tipster Max. J has now tweeted that the OnePlus Z or OnePlus Lite will not be a rebranded Oppo Reno 4.

OnePlus Co-founder and CEO Pete Lau recently confirmed that it was set to bring not just one model but an “affordable smartphone line” that would debut first in India and Europe. This device been tipped to be called the OnePlus Nord earlier, but now it seems that it may either be called the OnePlus Z or OnePlus Lite. It is expected to feature a dual selfie camera setup with a 32-megapixel main sensor and an 8-megapixel sensor. If true, this will be the first OnePlus phone to feature dual selfie cameras. The phone is expected to feature a hole-punch design and have quad cameras at the back. It is also believed to pack up to 12GB of RAM and be powered by the Qualcomm Snapdragon 765G SoC.

Editor's Note: The OnePlus Z/ Lite pre-orders will go live at 1:30pm tomorrow, not 2pm. The error is regretted.