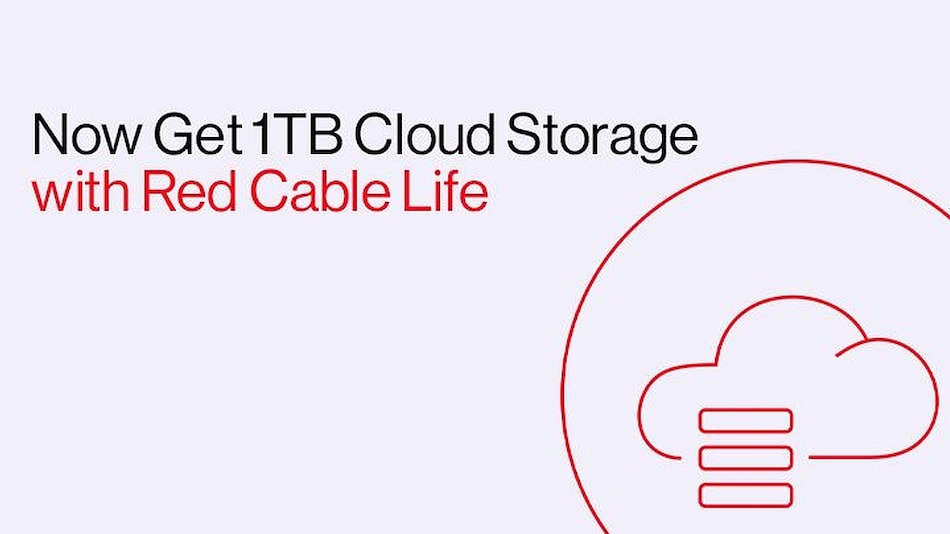 The upgrade to the Red Cable Club was announced through OnePlus forum. The upgrade will see an increase in the cloud storage available to subscribers. Both plans offered only 50GB initially but will now offer up to 120GB on the Care plan and 1TB on the Life plan. The upgrade has been effective since March 23 for all OnePlus smartphone users. If for some reason it isn't visible, OnePlus asks users to reach out via the customer care service. OnePlus Red Cable Club Pro membership includes both the plans and the subscription price for Care plan is Rs. 1,499 per year and for Life plan is Rs. 1,999 per year. Apart from increased cloud storage, Red Cable Club Pro Life members will also get a year worth of Amazon Prime subscription.

The Red Cable Club was introduced in December 2019 to celebrate the sixth-year anniversary of the smartphone brand. OnePlus CEO Pete Lau reportedly thought about this initiative after a visit to India where he saw many people using OnePlus smartphones. The distinguishing factor that made Lau realise that people were using his smartphones was the red charging cable that has become synonymous with the brand. The club provides benefits like cloud storage along with an extended one-year warranty for all smartphones from OnePlus 6T and onwards. OnePlus will also give 50 percent discount on battery replacement for OnePlus 3, OnePlus 3T, OnePlus 5, OnePlus 5T, OnePlus 6.

To become a part of the Red Cable Club, users with OnePlus 6 or higher will need to go to Settings and log in to their OnePlus account to link their phones. Once done, they will automatically be registered for the membership. For OnePlus 3/3T and OnePlus 5/5T smartphones, users will need the OnePlus Community app on their devices. After that head to Community > Profile > Red Cable Club and link their smartphone to their OnePlus account. For OnePlus One, OnePlus Two and OnePlus X smartphones, users will have to download the OnePlus Care app to verify their devices.