OnePlus, the Chinese smartphone startup, announced its first handset recently - the OnePlus One. The biggest new feature being touted on the OnePlus One is that it runs the newest version of CyanogenMod - version 11S, which is based on Android 4.4 KitKat. 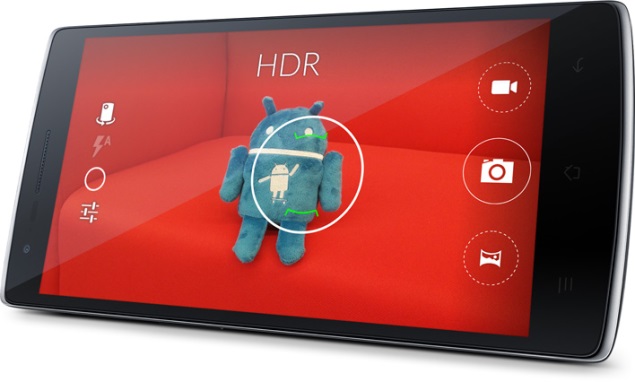 The new CyanogenMod version also supports secure messaging and offers privacy guard from third-party apps, notes OnePlus. The Chinese company has already said much about its 13-megapixel f/2.0 rear camera with IMX214 sensor and six lenses. However, the company now reveals that CyanogenMod 11S comes with a new gallery app that automatically organizes local and cloud-stored (DropBox, Google+, Instagram, and Facebook) images into one place.

OnePlus has also revealed that the One runs a special version of CyanogenMod designed for the One; the 'S' in CyanogenMod 11S signifying the customisation for the One smartphone. Further, the OnePlus One will receive updates for at least two years.

OnePlus had announced that the One would be available at a starting price of $299 (unlocked and without contract) for the 16GB model (roughly Rs. 18,300), while the 64GB variant at $349 (roughly Rs. 21,350). The smartphone would be available in Q2 and will be initially released in Austria, Belgium, Canada, Denmark, Finland, France, Germany, Hong Kong, Italy, the Netherlands, Portugal, Spain, Sweden, Taiwan, the UK and the US. The OnePlus One comes in Sandstone Black and Silk White colour variants.