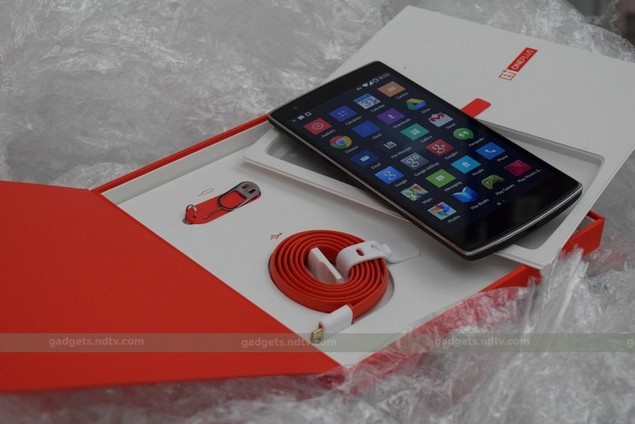 We were suspicious that Cyanogen's ambiguously-worded blog post on Thursday indicated that OnePlus One (Review | Images) buyers in India will not receive OTA updates from the firm, and the company has finally clarified this is the case, ending the saga that began with Cyanogen's announcement of an exclusive partnership with Micromax in India on November 27.

Since we clarified our support for OTA firmware updates for OnePlus One global devices, we've received a number of inquiries regarding OnePlus One devices sold in India.

As we had pledged to our users, OnePlus One global devices will receive our OTA firmware updates. If a user in India purchased a OnePlus One global device in channels outside of India, they will receive our OTA firmware updates. However, this excludes OnePlus One regional devices sold directly in India. We are committed to our exclusive partnership in India with Micromax, which will be launching its first Cyanogen OS device under their new YU brand.

After Cyanogen's post about global device users in India receiving the update, OnePlus had last week responded to our queries about how this actually affects devices sold in India, saying, "We have not received official communication or confirmation on further developments and cannot comment at this time."

While Cyanogen's Sunday blog post finally clears the air about updates for OnePlus One handsets sold in India, fortunately, this is not the end of the update line for these buyers. OnePlus is working on a custom Android build based on Android 5.0 Lollipop of its own, which should see a community build released this month, and a production-ready build released in February.

Of course, there are plenty of workarounds that will allow users to install updates or updated ROM versions, and we will shortly publish a guide for users. OnePlus Co-Founder and Director Carl Pei, while speaking to us during the India launch, even speculated that Indian OnePlus One users may be able to access OTA updates directly by searching for availability while placing the smartphone in airplane mode.