OnePlus One Available for Purchase Without Invitation on Tuesday 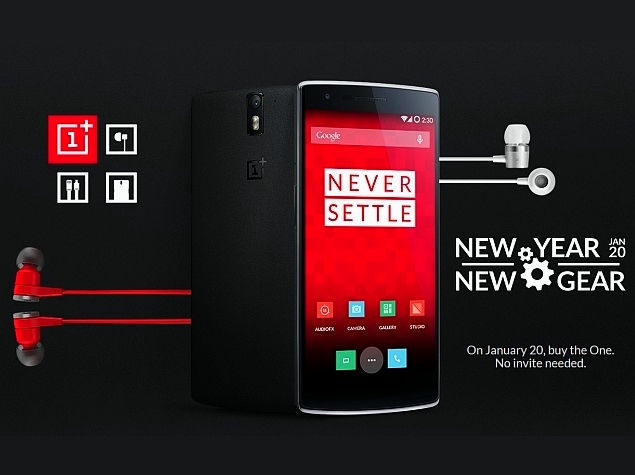 OnePlus has announced that it will once again let users buy its 'Flagship Killer' One handset without any invitations starting January 20. The firm had previously offered a similar no-invitation offer during Christmas and Black Friday last year.

The firm on a dedicated page said the offer would start from 7pm and will go until 9pm EST in the US. As for European and Asian regions (Hong Kong/Taiwan), the offer will happen between 7pm-9pm GMT and same time-frame in HKT respectively. Unfortunately, the offer is not available for India - users require India-specific invites to buy the smartphone in the country.

OnePlus last week said that it sold close to 1 million OnePlus One smartphones by the end of 2014 since the smartphone's launch in April (the smartphone only began shipping in June). The firm did not mention the exact numbers of the smartphone. Notably, the Chinese smartphone maker in November last year said it expected to touch the 1-million mark before the end of 2014, but was not able to do so.

The firm has been sticking with an invite-system for its One smartphone. While the invite-system might have pulled the company slightly back from touching 1 million sales mark by now, co-founder Carl Pei said that the firm needed to keep the handset's demand and supply balanced.

OnePlus is also working on two smartphones simultaneously. Pei at CES 2015 earlier this month added that the next generation OnePlus One flagship will arrive in Q2 or Q3 of this year. The smartphones are expected to arrive running the custom ROM based on Android 5.0 Lollipop, the alpha build of which was released by the firm couple of weeks ago. There are no details about the other model, except that it will be focused towards those that prefer design over specifications.