OnePlus Nord has started receiving a new OxygenOS update in India that carries a dedicated OnePlus Buds firmware to ease its wireless connection. The latest software update also brings the July 2020 Android security patch and optimises the video calling experience. Further, it improves system stability. The new OxygenOS build for the OnePlus Nord comes just a day after the phone received its first update. The OnePlus Nord was notably launched in India just on Tuesday, and it runs on OxygenOS 10.5, based on Android 10.

As per the official changelog, the latest OnePlus Nord update brings OxygenOS 10.5.2 — firmware version OxygenOS 10.5.2.AC01DA — and is 143MB in size. The update brings the OnePlus Buds firmware to let you easily connect your phone with the company's first truly wireless (TWS) earbuds. There is also an optimised process of starting the camera with gestures. Similarly, you'll get an optimised video calling performance after installing the new update.

The front camera of the OnePlus Nord has also received optimised power efficiency when recording 4K videos at 60fps frame rate. Additionally, there are improvements towards the camera experience and system stability. The changelog also mentions that there are fixes for general issues and the July 2020 Android security patch. The phone earlier had the June security patch. 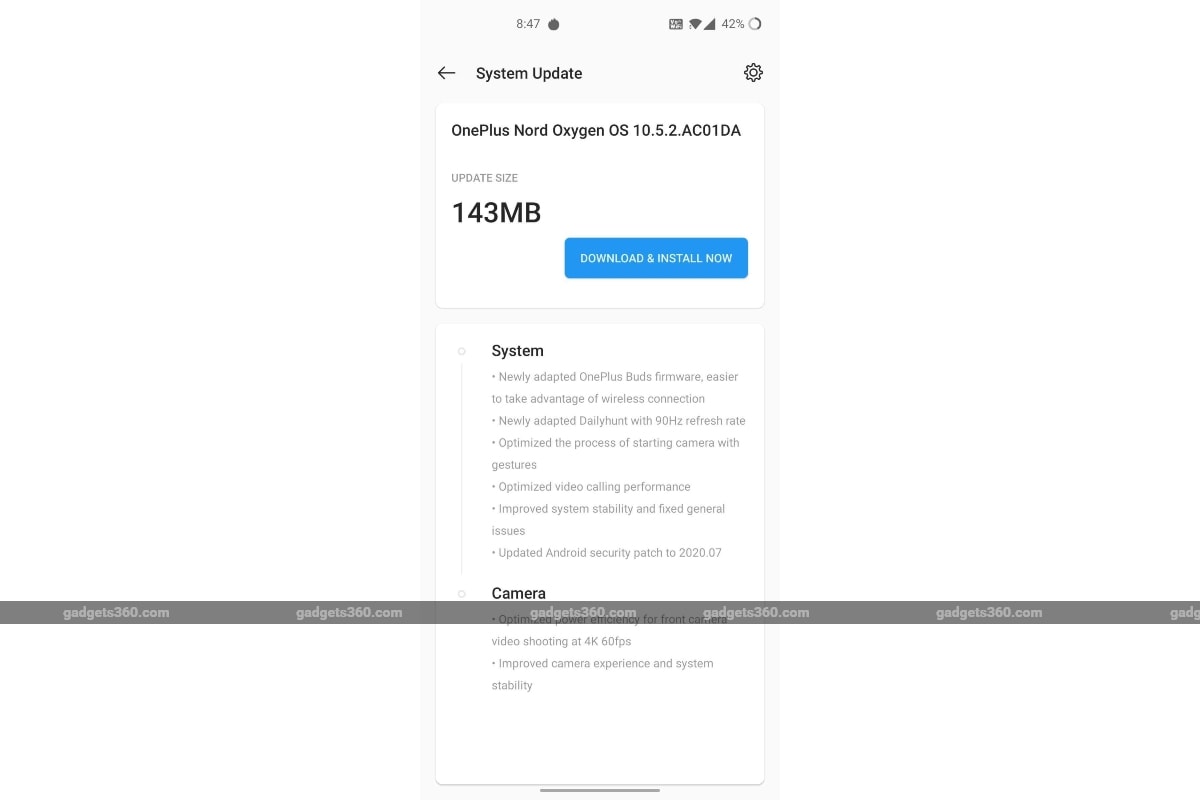 On Wednesday, OnePlus released the OxygenOS 10.5.1 update for the OnePlus Nord with various camera improvements. That update was sized at 103MB and was the first after the phone debuted in India earlier this week.

The OnePlus Nord is set to go on sale in the Indian market starting August 4. However, as companies normally try to fix initial issues and provide all the promised features to their new launches ahead of their sale, OnePlus seems to have brought the new update days before its availability in the country.