OnePlus Nord N20 5G is expected to feature a 48-megapixel primary sensor at the back. 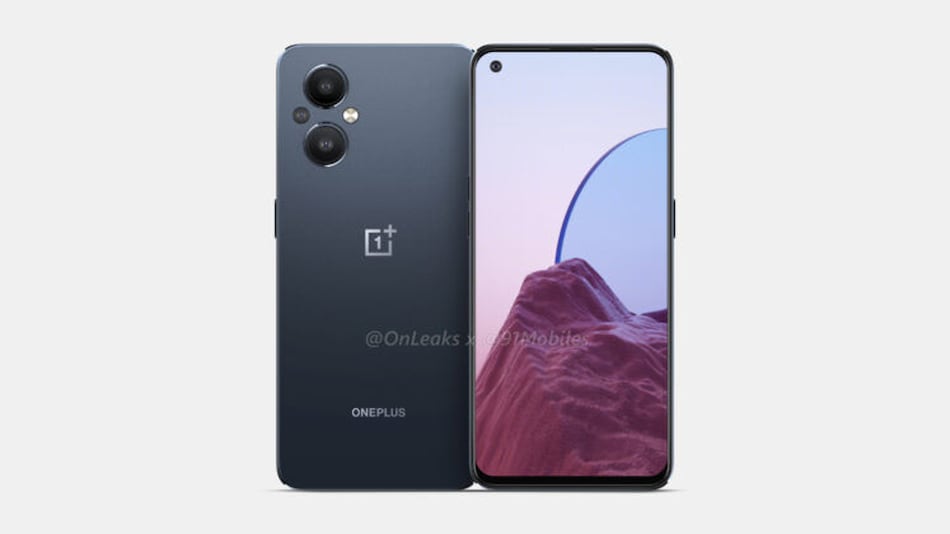 91Mobiles partnered with tipster Steve Hemmerstoffer (OnLeaks) to share OnePlus Nord N20 5G renders and specifications ahead of its launch. The renders suggest that the phone's hole-punch cutout sits on the top-left edge of the screen and is seen to have a slight chin at the bottom. The phone is likely to have a flat frame with chamfered edges. OnePlus Nord N20 5G is seen with power and volume buttons on the right spine, while the SIM card housing is on the left edge. The bottom edge is reported to integrate a 3.5mm audio jack, microphone, speaker grille, and a USB Type-C port. The top edge is seen housing a second mic for noise cancellation.

The OnePlus Nord N20 5G leaked renders show three sensors at the back – two of them being relatively larger than the third one. This unique module is seen to be accompanied by an LED flash. The report suggests the phone may be unveiled in Grey and Purple colour options.

As per the tipster, the specifications of the OnePlus Nord N20 5G will include a 6.43-inch flat AMOLED display. It is tipped to be powered by a Qualcomm Snapdragon 695 SoC and integrate an in-display fingerprint sensor.