OnePlus Nord LE Announced — Only One Single Unit Will Be Shipped

OnePlus Nord LE is being offered through a special giveaway. 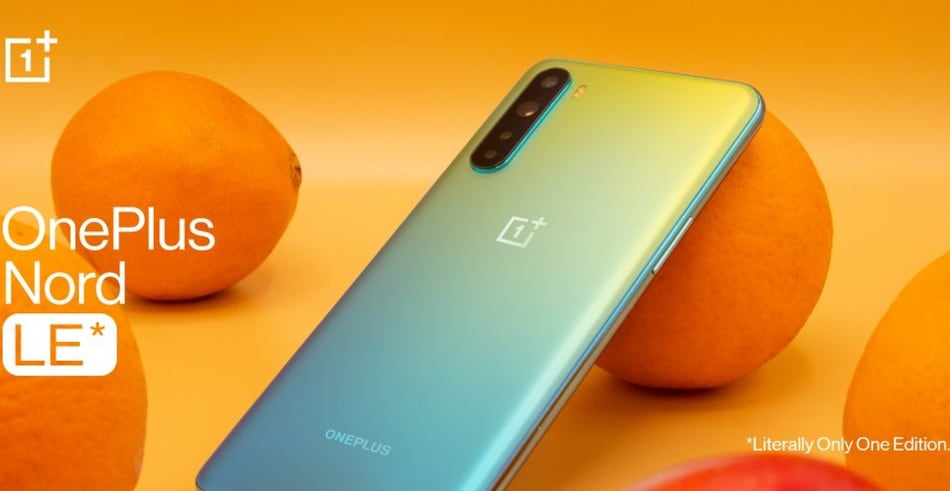 OnePlus Nord LE has been announced, but it's not the model you may be waiting for, or the one you could get easily. OnePlus said that the term LE in the moniker stands for Literally Only One Edition. This means that unlike other limited-edition models, the OnePlus Nord LE won't be available even to a few people. It isn't something that you would be able to get as it's going to be given away to just one OnePlus fan.

Announcing the OnePlus Nord LE through a forum post, OnePlus Nord Product Manager Andy Liu said that the new model is exactly the same phone as the OnePlus Nord. It has the same 90Hz Fluid AMOLED display, quad rear cameras, and Warp Charge 30T, among other identical features.

However, unlike the original OnePlus Nord, the OnePlus Nord LE has a distinctive gradient that transitions from orange to green. There is also a smooth finish over the glossy one available on the OnePlus Nord in Blue Marble and Gray Onyx colours.

You need to follow the official OnePlus Nord account on Instagram and then post a picture of your current smartphone on your Instagram feed along with using the hashtag #SwitchToNord in your caption to stand a chance to win the OnePlus Nord LE.

There will be only one OnePlus Nord LE unit to be available for the giveaway. The chances are, therefore, quite slim for OnePlus fans to get their hands on the new offering.