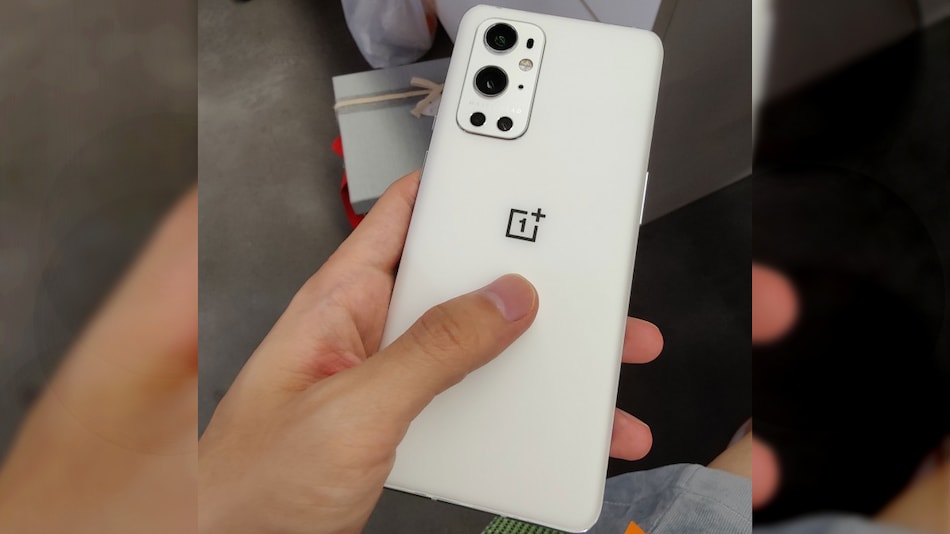 OnePlus 9 Pro may be getting a new colour finish soon. The company's COO Liu Fengshuo has shared an image of the OnePlus 9 Pro donning a white finish, hinting at a new colour option. The phone was launched in March this year, alongside the OnePlus 9 and OnePlus 9R. It was made available in Morning Mist, Pine Green, and Stellar Black shades back then. The new image posted by Fengshuo suggests that an additional colour option may be in the offing.

Fengshuo took to Weibo to share the new colour finish of the OnePlus 9 Pro, asking for feedback from the fans. The OnePlus 9 Pro in the photo had a complete white finish with a matte texture to prevent any fingerprint smudges and offer a better grip. The executive asked fans for their feedback on the new colour option. This does not guarantee a launch in the future, and OnePlus may just scrap it based on feedback or if there are any other hiccups. Fengshuo did not offer any launch timeline either. It's also possible the variant is only launched in China, with OnePlus doing several country specific limited edition models in the past.

Recent reports suggest that there may be no OnePlus 9T model launch this year, and a new colour option may be a new strategy of OnePlus to shake things up a bit as the OnePlus 9 range reaches its half-year life cycle. Since the launch of the OnePlus 3T in November 2016, OnePlus has stuck to the trend of upgrading its flagship models with a ‘T' variant in the second half of the year. However, that might not happen at all this year. The exact reason why OnePlus may not have the OnePlus 9T in the roadmap is unclear. Some speculations are around the global chip shortage that has started impacting phone manufacturing.

If the new OnePlus 9 Pro white colour option is announced as compensation, it is likely to be offered at the same price as the other three current options. There is little clarity on what it may be called officially, but some rumours gravitate towards ‘Pure White'.