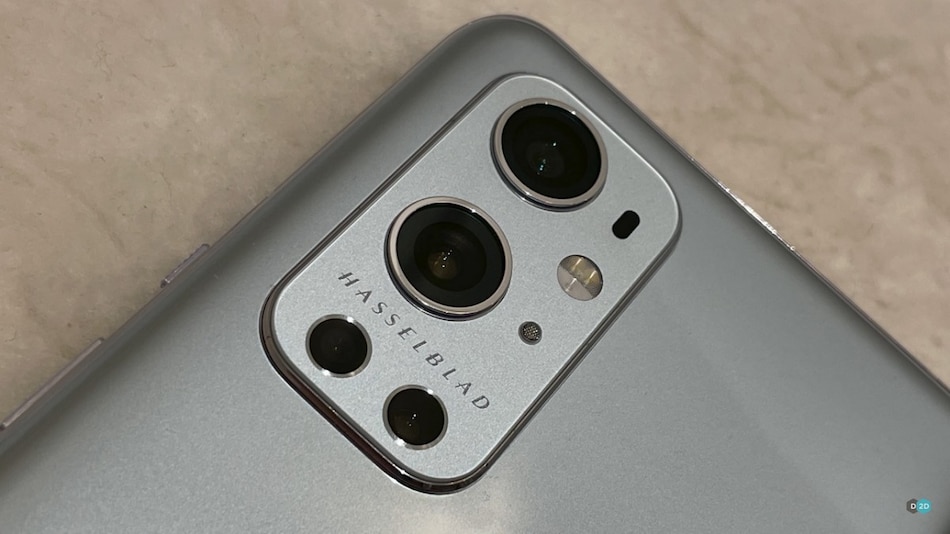 OnePlus 9 Pro will allegedly feature a camera setup in partnership with Swedish photography company Hasselblad. Images of the smartphone were shared by a YouTuber and they show a quad rear camera setup of the alleged OnePlus 9 Pro with the Hasselblad branding. Additionally, OnePlus 9 has been tipped to feature a similar full-HD+ display to the OnePlus 8T with 120Hz refresh rate. The OnePlus 9 series is expected to be announced in March, which would be earlier this time than the company's typical release schedule.

Starting with OnePlus 9 Pro, a YouTuber by the name of Dave Lee posted a video with some images of what is believed to be OnePlus 9 Pro. Crediting a Discord user, Lee showed the back panel of a phone with the OnePlus logo and a camera module that has some similarities to the one that is expected on OnePlus 9. However, there seems to be four sensors on the rumoured OnePlus 9 Pro and more interestingly, the module has Hasselblad branding on it.

Hasselblad is a Swedish manufacturer of medium-format cameras and photography equipment and Lee points out that their offerings are quite expensive. This could indicate that the price for OnePlus 9 Pro could increase, owing to this partnership. There are two large sensors and two smaller sensors placed inside a rectangular module that also houses a laser autofocus and a flash. The phone could come with 3.3x optical zoom and a tilt-shift photography mode.

Other images on the video show a curved display on the alleged OnePlus 9 Pro and it may come with a glossy finish. The edge banding of the phone around the notification slider and power button is curved as well, which is new for OnePlus phones.

Coming to the specifications, images show the phone will feature a 1,440x3,120 pixels display that supports 120Hz refresh rate. While there was no information on the processor, the variant in the images had 11GB RAM and 256GB of storage.

In another developement, known tipster Digital Chat Station (translated) shared on Weibo that the OnePlus 9 will come with a display similar to OnePlus 8T. This suggests that the phone OnePlus 9 could feature a full-HD+ (1,080x2,400 pixels) display with 120Hz refresh rate. The tipster also points out that according to DxOMark, OnePlus 8T's display is second to Samsung Note 20 Ultra, which is a great feat in itself.