OnePlus started its ‘The Lab’ programme back in 2016 with its OnePlus 3 smartphone.

OnePlus has announced that it is bringing back ‘The Lab' programme ahead of its OnePlus 8 series launch. What this means is the company will ship the upcoming smartphone to 10 users who will then have to give their “solid and unbiased” review. The announcement on the company's official forum states that the phone will be shipped before the launch event and that the users with the best reviews will get to keep the phone. The OnePlus 8 series, reportedly launching on April 15, is expected to have three phones but the post does not specify which phone will be sent out.

The Lab announcement was posted on the company's forum where it describes how you can be part of the programme. It calls for tech enthusiasts who have thorough knowledge and passion for smartphones to send in their application. This application will be reviewed by the community and the 10 reviewers will be announced on April 2. The phones will then be shipped to these users and they will have to prepare their reviews which will go live after the launch event, expected to be held on April 15 as an online only event. After evaluation, the final winner will be announced. 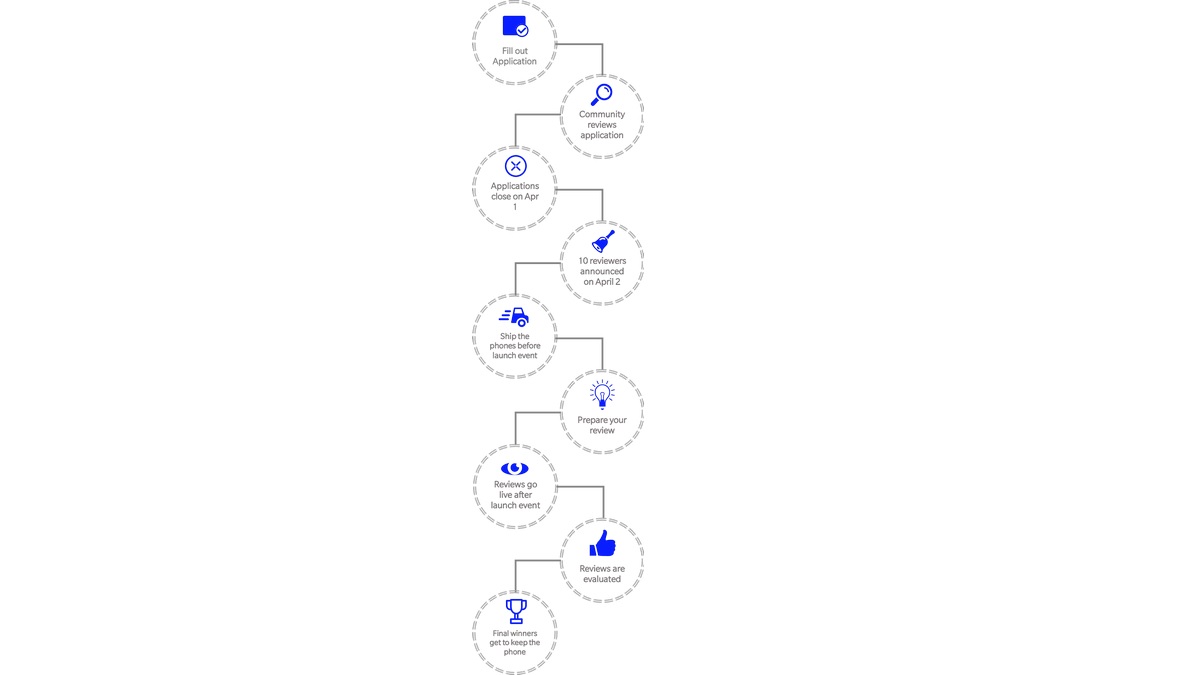 Selected reviews will be announced on April 2
Photo Credit: OnePlus

The post does state, however, that 6 out of the 10 seats are reserved for those who created an account before the ‘The Lab' is announced so if you do not have an account on the forum, you're chances of getting selected have become slimmer. The applications are open now and will close at 5pm HKT (2:30pm IST), April 1.

OnePlus will select these 10 reviewers based on creativity, writing, photography, and videography skills. To ensure diversity in the reviews, it will consider demographic information as well. Moderators will be assessing the candidates.

The forum post also details what the 10 reviewers will need to do once they get selected which includes attending an AMA (Ask Me Anything) after 21 days of using the device, along with curating the review. And of course, a non-disclosure agreement will have to be signed before the reviewers receive the phones.

OnePlus started ‘The Lab' program back in 2016 with the OnePlus 3.