OnePlus 8 Pro, OnePlus 8 smartphones are expected to launch in April this year. 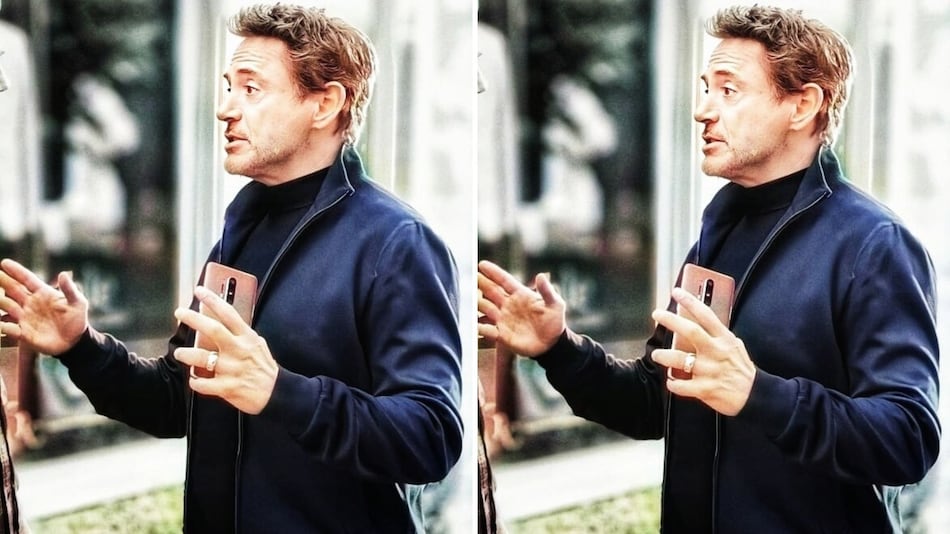 OnePlus's next series of OnePlus 8 smartphones is rumoured to be launched in April, a few weeks ahead of the company's regular launch cycle. Now, an image is doing the rounds of the Internet, showing the rumoured OnePlus 8 Pro in the hands of the company's brand ambassador Robert Downey Jr. The phone was spotted in an image where the Hollywood star is seen holding a copper coloured smartphone, which is being speculated as a OnePlus 8 Pro. The image was allegedly shared by director and photographer Sam Jones on his Instagram, but was later taken down. However, people on social media were quick to respond as both Twitter and Instagram flooded with speculations soon after.

From the design on the phone seen with the Iron Man star, it does look like a OnePlus device, with a new colour close to a shade of copper. It is also being speculated that the image could be doctored as well, and there is no real way of verifying the authenticity of the image. The vertical rear camera setup and the separate flash module does seem to match multiple previous leaks.

OnePlus is also reported to go with an IP rating for the OnePlus 8 Pro this time around, and the company might also finally bring wireless charging to the OnePlus 8 series, as the company has joined the Wireless Power Consortium as well.