OnePlus is hosting press events in India and the US to launch OnePlus 7T and OnePlus 7T Pro on September 26. 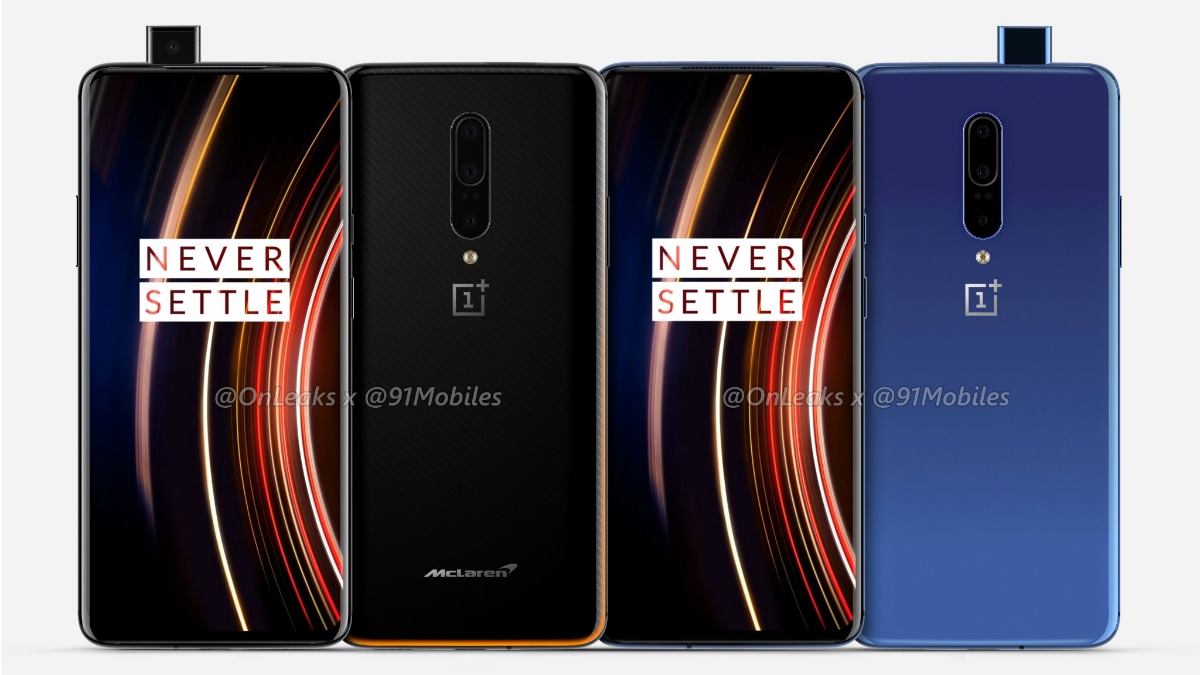 OnePlus has finally confirmed that it is launching the OnePlus 7T and OnePlus 7T Pro smartphones. The company has also revealed the launch date for India and the US. Set to be the successors to OnePlus 7 and OnePlus 7 Pro, the OnePlus 7T phones will be unveiled later this month. The company will host a second launch event for Europe next month in the UK. Additionally, OnePlus has noted that its first smart TV - OnePlus TV – will make its debut on the same day. In this article, we take a look at everything that we already know about the OnePlus 7T, OnePlus 7T Pro, and OnePlus TV devices ahead of their launch, including launch date, specifications, features, and more.

OnePlus is all set to unveil its new OnePlus 7T and OnePlus 7T Pro smartphones as well as OnePlus TV on September 26 in India and the US. The company is hosting a press event in New Delhi that will start at 7pm. The US event will start at 10:30am EDT. The company has already started selling tickets for fans to attend these events. The India tickets cost Rs. 999.

As per various leaks and rumours until now, OnePlus 7T will run on Android 10 and feature a 6.55-inch full-HD+ (1080x2400 pixels) Fluid AMOLED display with HDR 10+ support with a waterdrop-style notch. The phone will be powered by Qualcomm Snapdragon 855+ SoC, paired with Adreno 640, 8GB of RAM, and 128GB or 256GB of onboard storage.

Other specifications are rumoured to include a 3,800mAh battery with Warp Charge 30T support as well as in-display fingerprint sensor. OnePlus has already confirmed 90Hz refresh rate support for the screen.

Unlike the OnePlus 7T, the OnePlus 7T Pro is reportedly going to pack a 6.65 Quad-HD+ (1440x3100 pixels) Fluid AMOLED display with HDR10+ support. The phone will be powered by Qualcomm Snapdragon 855+ SoC, paired with 8GB or 12GB of RAM and 256GB of onboard storage. The imaging setup is expected to be the same as OnePlus 7T and so will be the operating system – Android 10. The front shooter, however, will be a part of a pop-up camera module, instead of a waterdrop-style notch.

Among other specifications, there is reportedly a 4,085mAh battery on board with Warp Charge 30T support.

Although there haven't been any major leaks about the OnePlus TV, the company itself has revealed a number of features of the smart TV. OnePlus says the OnePlus TV will offer premium experience and will come with a 55-inch 4K QLED display. The TV will run on an optimised version of Android TV and feature 8 speakers with 50 watts output. The OnePlus TV will also support Dolby Atmos and Dolby Vision technologies.

The company has already shared an image of the OnePlus TV remote and it shows a dedicated button for Google Assistant, thus confirming the support for the voice assistant. There have also been rumours of Alexa support, based on an Alexa skill, but that likely online means that you will able to control your OnePlus TV using Alexa on a smartphone or smart speaker. You won't likely to speak questions to your TV and get answers, something that is very likely possible with Google Assistant.

There is no word on the OnePlus TV price right, however the OnePlus CEO told Gadgets 360 that “our price may be slightly cheaper than their [Sony and Samsung] products, but it won't be half the price.”