OnePlus 7T Pro McLaren Edition comes with the McLaren branding and a special case inside the box.

The OnePlus 7T Pro McLaren Edition is priced at Rs. 58,999 for its sole 12GB RAM + 256GB storage variant. The phone will be available first for limited quantity pre-bookings at a charge of Rs. 5,000 on October 11 from OnePlus exclusive stores across in India, and then become available in open sales from November 5 via Amazon India as well as all OnePlus online and offline channels.

Those who pre-book the OnePlus 7T Pro McLaren Edition will get the OnePlus Type-C Bullets bundled, with deliveries starting October 18.

The McLaren Edition smartphone features exclusive animations, themes, and wallpapers. As per OnePlus, the "lock screen features a minimalist timepiece, inspired by McLaren's timeless dashboard instrumentation." For notifications, the Horizon Light has an orange option, and custom made icons. 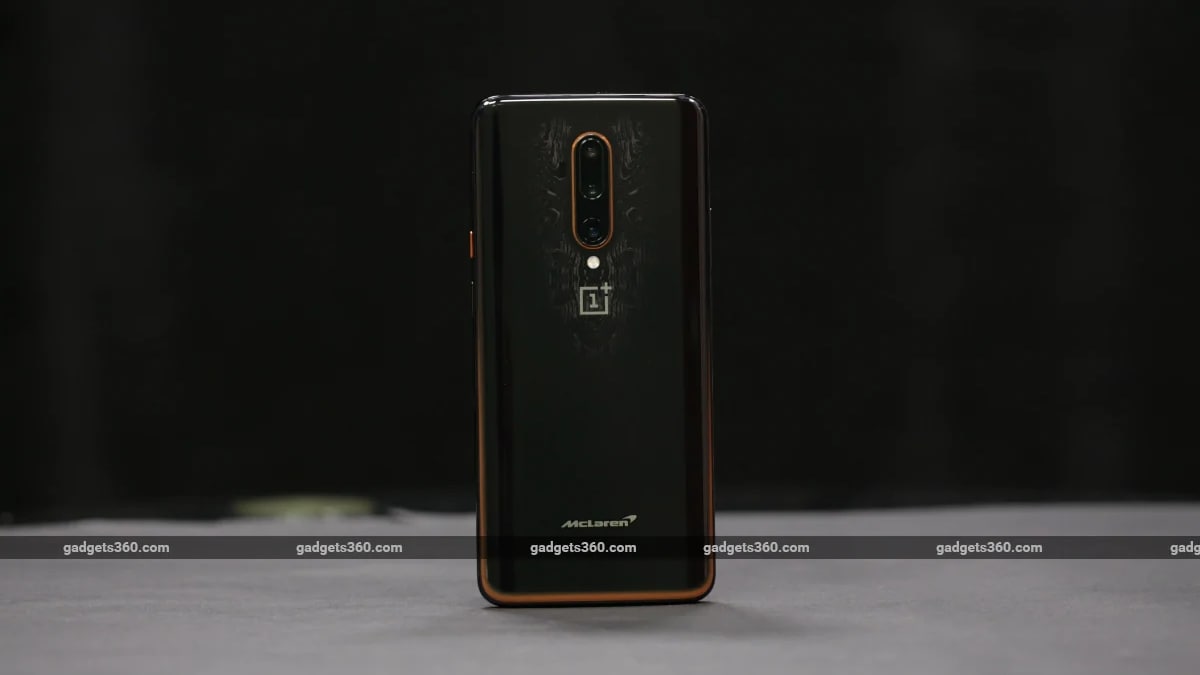