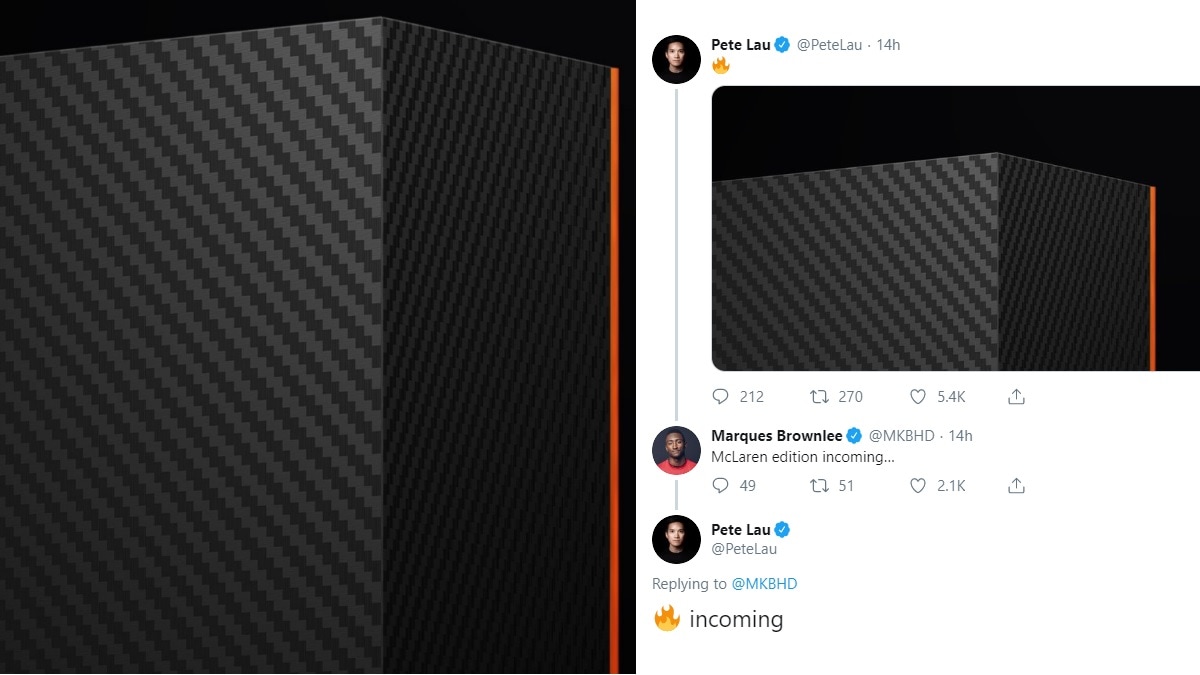 OnePlus began the trend of launching a special edition of its phones in collaboration with McLaren last year, starting with the OnePlus 6T McLaren Edition. That trend will carry on in 2019 as well. OnePlus CEO Pete Lau has confirmed that a new McLaren Edition phone is coming this year. And going by a previous leak, it appears that the OnePlus 7T Pro McLaren Edition is in the pipeline, and might debut alongside the standard OnePlus 7T Pro at the company's London launch event on October 10.

Lau tweeted the image of a retail package that flaunts a carbon fibre pattern and the signature orange outline that we last saw on the OnePlus 6T McLaren Edition's package. And if that was not an indication enough, he later replied to YouTuber Marques Brownlee (aka MKBHD) in the comments that a OnePlus McLaren Edition phone is indeed coming. However, he did not specify whether it will be the recently-launched OnePlus 7T or the upcoming OnePlus 7T Pro that will receive the McLaren Edition treatment.

Going by the leaks and rumours swirling around, the OnePlus 7T Pro is the most likely candidate that will also be accompanied by a OnePlus 7T Pro McLaren Edition when the company takes the stage at an event on October 10 in London. British carmaker McLaren also shared a cryptic tweet earlier this month, talking about its collaboration with OnePlus and how it resulted in the creation of the OnePlus 6T McLaren Edition.