OnePlus 7T Pro Allegedly Leaks in Live Images, Could Be Powered by Qualcomm Snapdragon 855 Plus 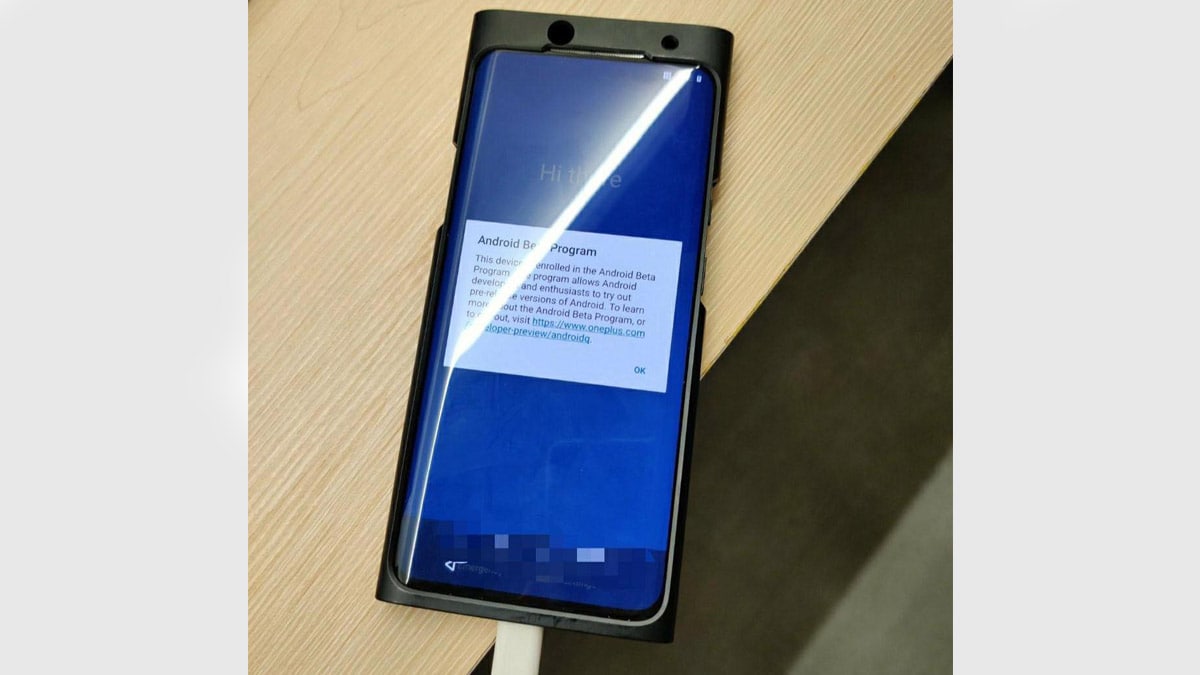 OnePlus 7 Pro was launched in India on May 17th

OnePlus is one of those few manufacturers that follow a six-month upgrade cycle. We have seen that the successor of a flagship gets a “T” suffix as seen on the OnePlus 5T and OnePlus 6T devices. It looks like the company has already started development of the successor to the OnePlus 7 Pro, most likely to be called OnePlus 7T Pro. Alleged live photos of the smartphone have surfaced online which hint that the OnePlus 7T Pro is in the works.

The alleged live images of the OnePlus 7T Pro show the device in a case which is used to hide the design of the smartphone. From the image, it is clear that the the device has an all-screen front without any notch or hole-punch design. The case is bigger at the top to accommodate the pop-up selfie camera while the second hole is most likely for the secondary microphone on the smartphone.

No other details about the OnePlus 7T Pro have leaked out at the moment but we can expect it to be powered by the updated Qualcomm Snapdragon 855 Plus processor. OnePlus could change the camera sensors on the OnePlus 7T Pro and could introduce new colour variants of the device.

Based on the launch dates of older smartphones like the OnePlus 3T, OnePlus 5T and the OnePlus 6T, we can expect the successor of the OnePlus 7 Pro to break cover in November this year. Stay tuned to Gadgets 360 for updates on the upcoming OnePlus smartphone.