A OnePlus designer has shown off a shiny golden OnePlus 7T. Alas, it was not meant to be.

A lot of smartphones today come with gold colour variants, ranging from the iPhone 11 Pro to more affordable options from Samsung, Xiaomi, and others. It's a colour that particularly appeals to users in India, which is OnePlus' biggest global market. That certainly may have been a big factor for the Chinese smartphone maker, which had a gold variant of the OnePlus 7T in the works. The variant was never released, but an image of the smartphone has now surfaced on Chinese social network Weibo.

The image of the gold OnePlus 7T was shared on Weibo by Hao Ran, a designer for OnePlus. The shade of gold appears to be a lot brighter than the duller shades we see on most smartphones today, but unfortunately, it didn't quite make the cut. The OnePlus 7T (Review) is available in two colour variants - Frosted Silver and Glacier Blue - but according to the OnePlus designer, dozens of colours were considered before the final production options were selected, including this particular colour option. 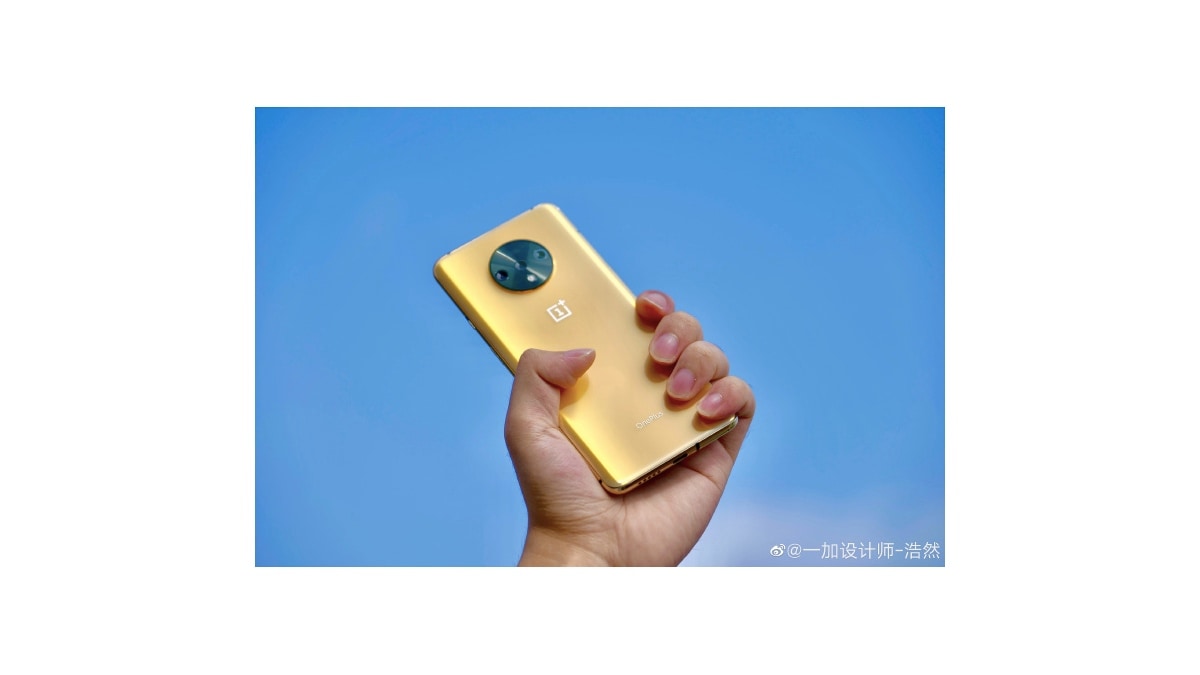 While we often see smartphone makers such as Apple, Samsung, Vivo, and Oppo getting a bit more adventurous with colours, OnePlus has usually stuck to safe options. This is because online sales have very different distribution and sales logistics, and adventurous colours may not be economically wise if there aren't too many takers for them. It's perhaps for this reason that OnePlus has stuck to the ‘safer' shades of blue and silver for the OnePlus 7T. This isn't the first time that OnePlus has experimented with a Gold colour variant for its smartphones, with the OnePlus 5 being made available in a Soft Gold colour variant at launch.

The more expensive OnePlus 7T Pro (Review) is also available in just two colours - Haze Blue, and the patterned black McLaren Edition (Review). While the company chose to play it safe with its latest launches, we do hope to see some more adventurous colour options coming from OnePlus with future models.