The CAD-based renders, courtesy OnLeaks and PriceBaba, suggest how the OnePlus 7 will be different from the OnePlus 7 Pro. The renders show that the design of the OnePlus 7 could be similar to that of the OnePlus 6T. The phone in the images has a waterdrop-style display notch and a dual rear camera setup.

Further, the ports and button placement on the OnePlus 7 are also identical to what was available on the OnePlus 6T. There is an alert slider along with a power button on the right, while the left side has a SIM card tray and a volume rocker. At the bottom, the phone appears to have a USB Type-C port. There is nothing on the top, except the secondary microphone. 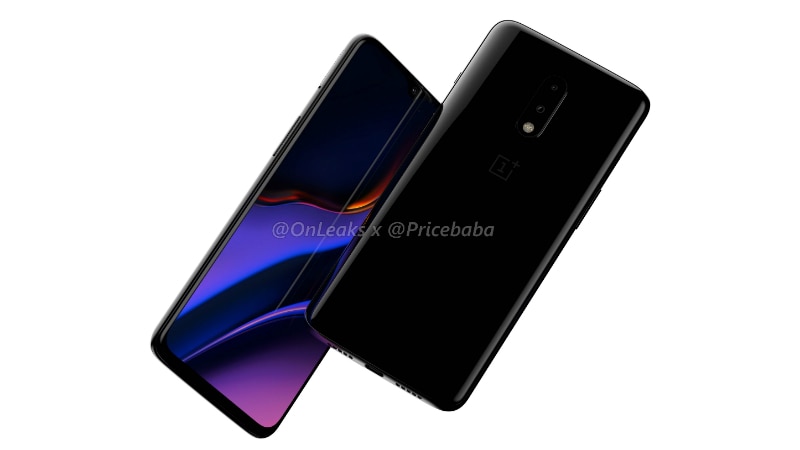 OnePlus 7 ports and button placement are apparently identical to what was available on OnePlus 6T
Photo Credit: OnLeaks/ PriceBaba

Coming towards the renders of the OnePlus 7 Pro, the phone appears to have an all-new design that sports a pop-up selfie camera and a triple rear camera setup. 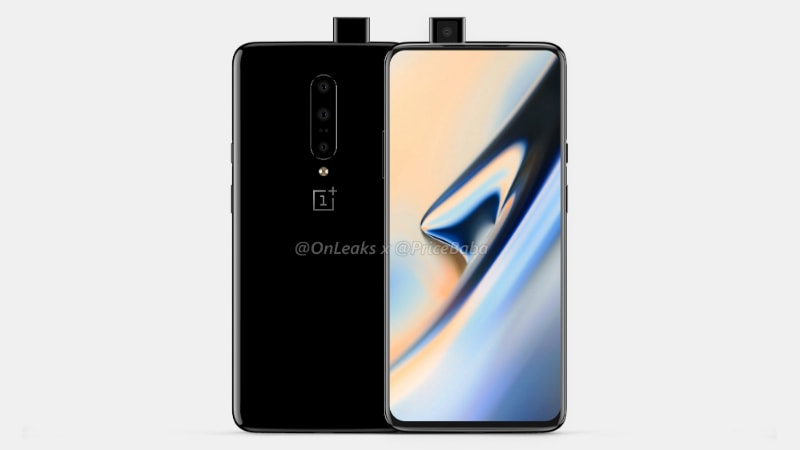 The OnePlus 7 Pro would also have a dual-edged display panel if we believe a recent rumour.

Apart from the renders, the tipster who uses @OnLeaks Twitter account on Wednesday has leaked the key specifications of the OnePlus 7 and OnePlus 7 Pro. The OnePlus 7 is claimed to come with a 6.4-inch flat display along with a waterdrop-style display notch, dual rear camera setup with a 48-megapixel primary sensor.

In contrast, the OnePlus 7 Pro is said to feature a 6.64-inch curved display with a pop-up front camera, triple rear camera setup with a 48-megapixel primary sensor. The rear camera setup is also claimed to include sensors with telephoto and ultra-wide angle lenses.

OnePlus is expected to unveil the OnePlus 7 and OnePlus 7 Pro on May 14. Some past rumours suggested that the Chinese company would also bring a premium, OnePlus 7 Pro 5G variant for certain markets. Moreover, OnePlus CEO Pete Lau earlier this week teased that the launch details of the OnePlus 7 models would be announced on Wednesday.