The fresh OxygenOS beta build for OnePlus 7 and OnePlus 7 Pro runs on top of the September Android security patch.

OnePlus 7 and OnePlus 7 Pro have started receiving the Android 10 open beta update. The OxygenOS Open Beta 1 update for the OnePlus 7 duo runs on top of the September Android security patch. The Android 10-based OxygenOS Open Beta 1 update for the OnePlus 7 and its Pro variant has begun rolling out globally, including India. The update brings a new UI design, full-screen gestures, new Game Space feature, more privacy controls, an icon shape customisation feature, and a keyword-based spam blocking tool among others.

As per an update post on the official OnePlus forum, OxygenOS Open Beta 1 based on Android 10 is now rolling out, and we can confirm that it is now available to download on OnePlus 7 series phones in India as well. The latest OxygenOS beta build brings a fresh UI design and upgraded security patch. A new customisation tool has been also been added that allows users to tweak the icon shapes that appear in the Quick Settings section. 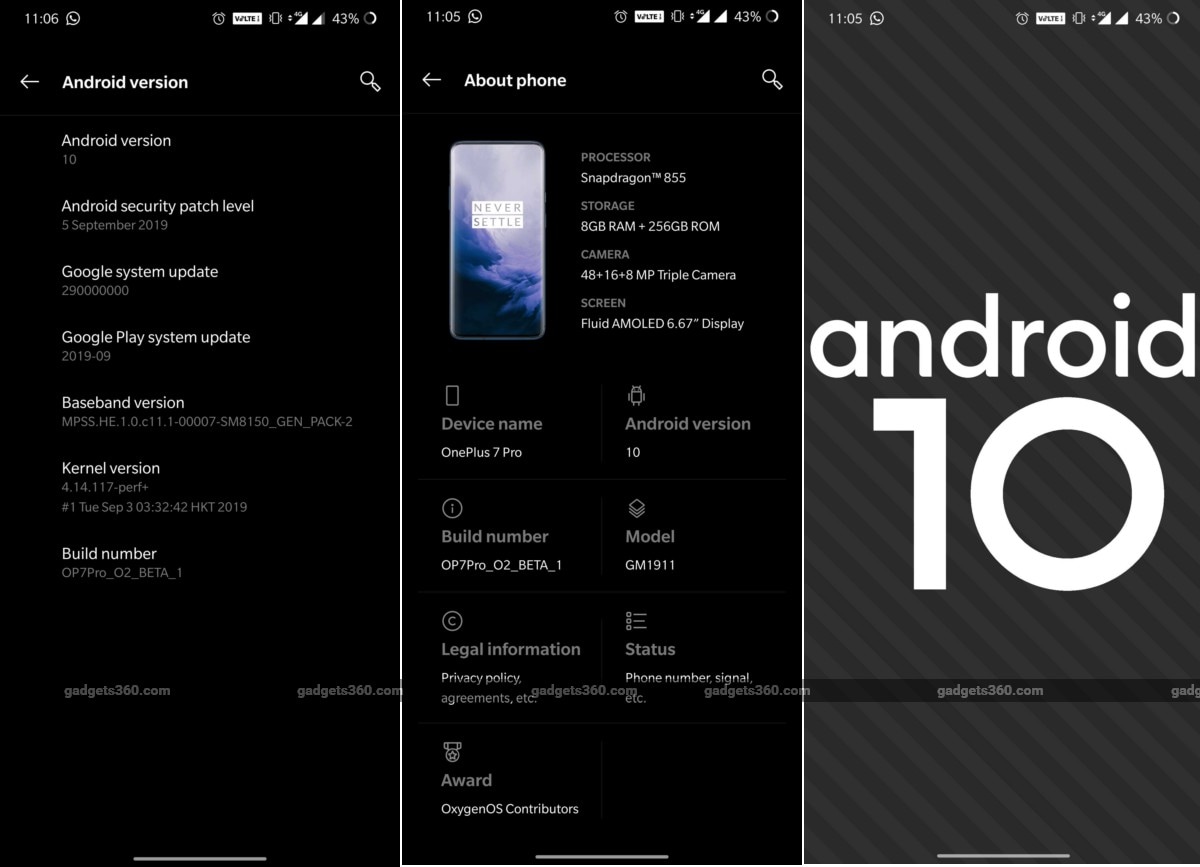 Android 10's full-screen navigation gestures have also made their way to the OnePlus 7 and OnePlus 7 Pro with the OxygenOS Open Beta 1 update. Now, users can swipe inwards from either side of the screen to execute the back command, and swipe left or right on the bar at the bottom bar for app switching. The enhanced privacy controls for managing location access permission granted to apps have also been added.

A new Game Space feature - which is basically a game launcher that catalogues all the games in one place and claims to provide a better experience - has also arrived on the OnePlus 7 duo with the Android 10-based update. Support for display information based on a specific time, events, and locations for the Ambient Display has been added too. Lastly, OnePlus 7 and OnePlus 7 Pro users can now block spam messages by using keywords, and this can be done by going to ‘Blocking Sections' in the Settings menu of the Messages app.