The OnePlus 7 Pro teasers have been hinting at triple rear cameras. 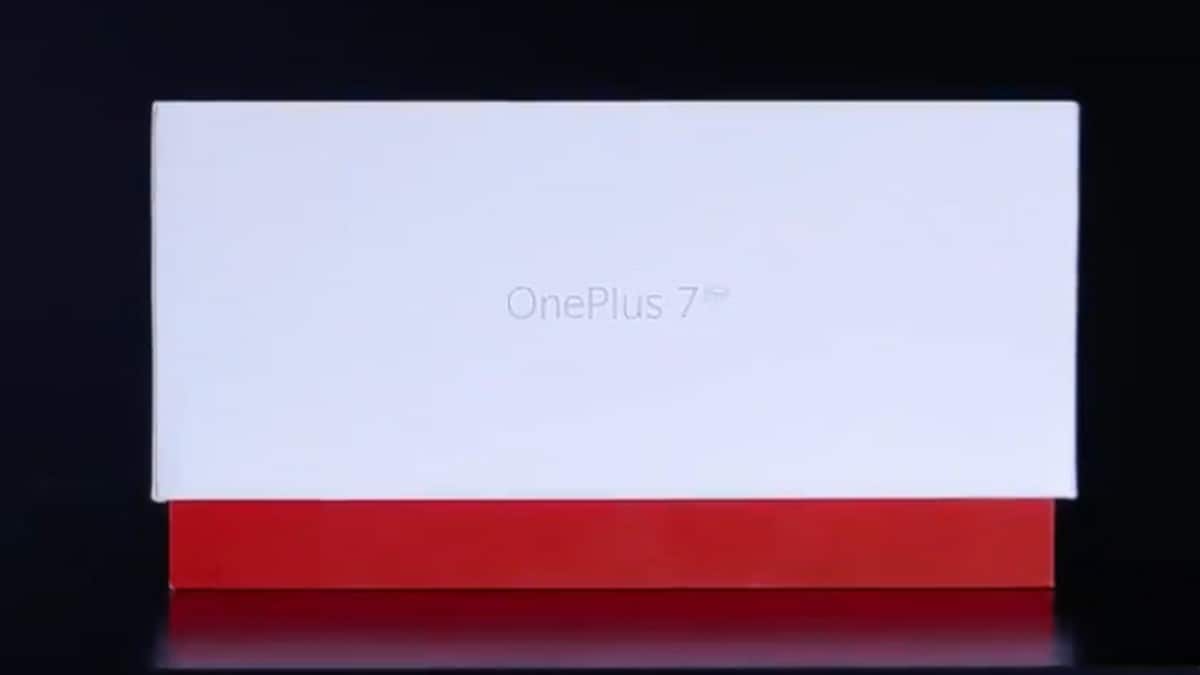 The highly anticipated flagship smartphones from OnePlus – the OnePlus 7 and OnePlus 7 Pro – will become official today. While the company has announced bits of information about the upcoming phones, leaks have revealed a tonne of details, including their design, hardware specifications, and the expected pricing of the OnePlus 7 series duo. Thanks to the leaks and rumours, we know pretty much everything about the phones. With the two phones just hours away from launch, here's a quick recap of the top 7 features we expect from the OnePlus 7 and the OnePlus 7 Pro in terms of internal upgrades and new features that the two phones will bring to the table.

A major talking point of the OnePlus 7 Pro will be its display - which as per official teasers - will be curved on both sides. The phone has already been awarded the A+ quality rating by DisplayMate, which means it is among the best screens available on a phone and is in the same league as the Galaxy S10's display. The OnePlus 7 Pro's display is also claimed to have received the 'Safety for Eyes' certification from VDE Testing and Certification Institute for more efficient blue light filtering. Furthermore, the company has hinted at upgraded eye protection features on the OnePlus 7 Pro.

If the leaks are anything to go by, the OnePlus 7 Pro will pack a 48-megapixel primary camera, assisted by an 8-megapixel telephoto lens and a 16-megapixel wide-angle lens. As for the standard OnePlus 7, it is tipped to sport dual rear cameras.

While triple rear cameras will certainly be a first for OnePlus, the company is also tipped to finally adopt the pop-up camera trend for the OnePlus 7 Pro. The OnePlus 7 Pro is rumoured to flaunt a pop-up front camera to go with the whole full-screen design (read, without display notch).

As for the OnePlus 7, leaked renders indicate that it will miss out on the innovative element and will feature a selfie snapper housed inside a waterdrop-shaped notch.

OnePlus has also confirmed that the OnePlus 7 Pro will come with UFS 3.0 storage, which means the phone will not only offer faster sequential read-write speeds, but will also provide quicker app launch time, shorter game loading interval, and faster boot among other advantages. In fact, the OnePlus 7 Pro is touted to be the first phone out there to come equipped with the faster UFS 3.0 storage hardware. But since the same has not been confirmed for the OnePlus 7, we expect it to support the older UFS 2.1 standard that is employed with the OnePlus 6T.

OnePlus recently revealed that it has acted on the grievances of users unhappy with the vibration motor on older OnePlus smartphones, and has decided to equip the OnePlus 7 Pro with a new vibration motor that is twice as strong than the one on the OnePlus 6T.

OnePlus 7 Pro users will also be able to tweak the vibration output and choose between three levels of vibration intensity for incoming notifications. Moreover, users will also the option to change the vibration pattern to their liking. When it comes to OnePlus 7, there is no word whether the upgraded vibration motor will be fitted inside it as well.