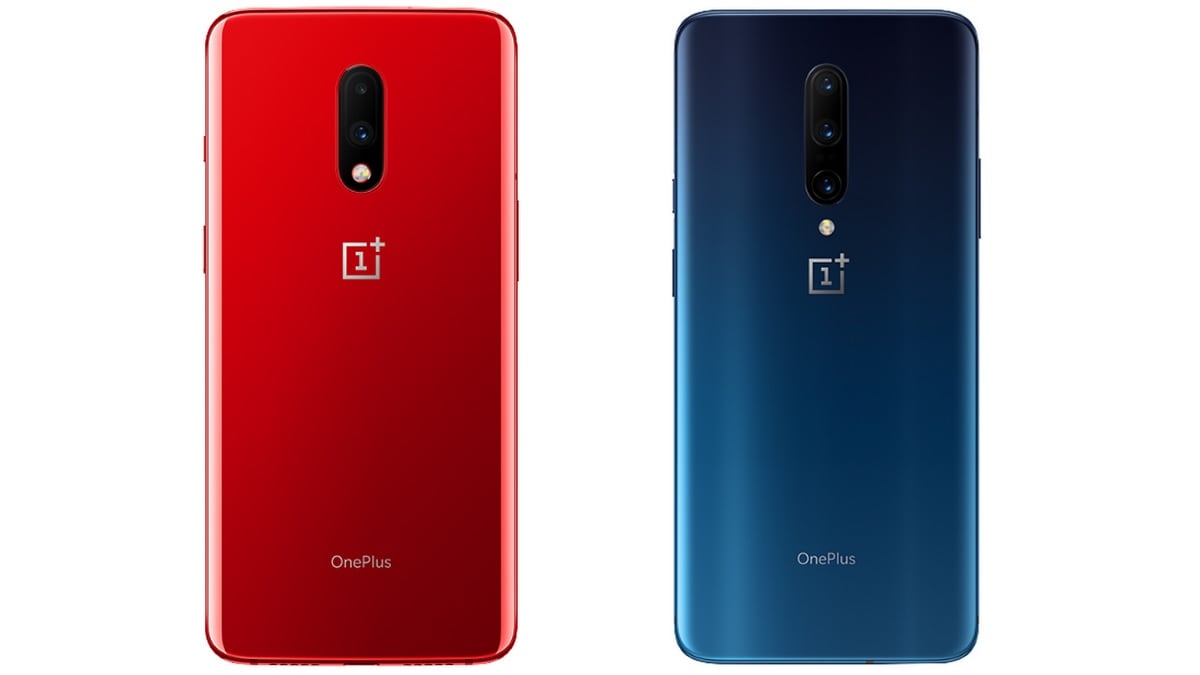 OnePlus 7 Pro and OnePlus 7 have finally become official, marking the first time that OnePlus has gone the ‘Pro' route and unveiled two flagship phones targeted at a different set of buyers. The OnePlus 7 caters to the brand's core audience looking for a flagship experience at an affordable price, while the OnePlus 7 Pro ups the ante with some innovative features and better design thrown into the mix to take on the likes the Pixels and Galaxys of the world. So, what are the key differences between the OnePlus 7 and the OnePlus 7 Pro, and which one is the better fit for you? Read on to find out in our comparison of the two OnePlus offerings.

The Mirror Grey variant will be up for grabs starting May 17 from Amazon, OnePlus online and offline stores as well as authorised retail partners. The Nebula Blue variant will hit the shelves on May 28, while the Almond colour option will go on sale in June.

The standard OnePlus 7, on the other hand, is priced at Rs. 32,999 for the base 6GB RAM + 128GB storage variant that only comes in Mirror Grey colour. The higher-end variant of the OnePlus 7 packing 8GB of RAM and 256GB of internal storage carries a price tag of Rs. 37,999 and will be available in Mirror Grey and Red colour options. The OnePlus 7 is expected to go on sale in June, but there is no word on a concrete date regarding the market availability.

Talking about the display, the OnePlus 7 Pro features a 6.67-inch Fluid AMOLED display with Quad-HD+ resolution (1440x3120 pixels), 19.5:9 aspect ratio and a pixel density of 516ppi. The display is also Netflix HDR and HDR10+ certified, supports sRGB as well as DCI-P3 colour gamuts, and is protected by Corning Gorilla Glass 6.

In comparison, the OnePlus 7 packs a smaller 6.41-inch full-HD+ (1080x2340 pixels) Optic AMOLED display with a 19.5:9 aspect ratio, pixel density of 402ppi, and support for sRGB and DCI-P3 colour gamut. It also features Gorilla Glass 6 protection, but misses out on the Night Mode 2.0 feature available on its Pro sibling.

The imaging department is where the OnePlus 7 Pro again sits a notch above the OnePlus 7. The OnePlus 7 Pro comes equipped with triple cameras highlighted by a 48-megapixel Sony IMX586 sensor with an f/1.6 aperture, 1.6-micron pixels (4-in-1), optical image stabilisation (OIS), and electronic image stabilisation (EIS). It is assisted by a 16-megapixel ultra wide-angle lens with a 117-degree field of view and f/2.4 aperture, coupled with an 8-megapixel telephoto lens with OIS and f/2.4 aperture that is capable of 3x optical zoom.

The OnePlus 7 Pro's cameras can record 4K videos at up to 60fps, and slow-motion videos with 1080p resolution at up to 240fps and 720p resolution at up to 480fps. There is support for features such as Portrait mode, UltraShot, Nightscape, Pro Mode, AI Scene Detection, Panorama, HDR, Studio Lighting, etc. The pop-up front camera module houses a 16-megapixel Sony IMX471 sensor with 1-micron pixels, an f/2.0 aperture, and EIS.

The vanilla OnePlus 7 has a dual rear camera setup consisting of a primary 48-megapixel Sony IMX586 sensor with f/1.7 aperture, 1.6-micron pixels (4-in-1), optical image stabilisation (OIS), electronic image stabilisation (EIS), and PDAF support. It is assisted by a 5-megapixel sensor with an f/2.4 aperture and 1.12-micron pixels. Like its Pro sibling, the OnePlus 7 can also record 4K video at up to 60fps, and slow-motion videos with 1080p resolution at up to 240fps and 720p resolution at up to 480fps.

Support for Portrait mode, UltraShot, Nightscape, Pro Mode, AI Scene Detection, Panorama, HDR, Studio Lighting, and RAW image capture is there on the OnePlus 7 as well. As for the front camera, it is the same 16-megapixel Sony IMX471 sensor used on the OnePlus 7 Pro with 1-micron pixels, an f/2.0 aperture, and EIS.

Both the phones feature an upgraded in-display fingerprint sensor with a 3-element lens that utilises a new algorithm and is claimed to be faster than the one used on the OnePlus 6T. The connectivity options on the OnePlus 7 and OnePlus 7 Pro are identical and include 4G VoLTE, Wi-Fi 802.11ac, Bluetooth v5.0, NFC, GPS/ A-GPS, and a USB Type-C (v3.1 Gen 1) port.

There is no 3.5mm headphone jack on either of the two phones, however, the USB Type-C port on the OnePlus 7 and OnePlus 7 Pro can be used as a headphone port with a pair of compatible wired earphones.