OnePlus 7 Pro has been teased to sport a triple rear camera setup. 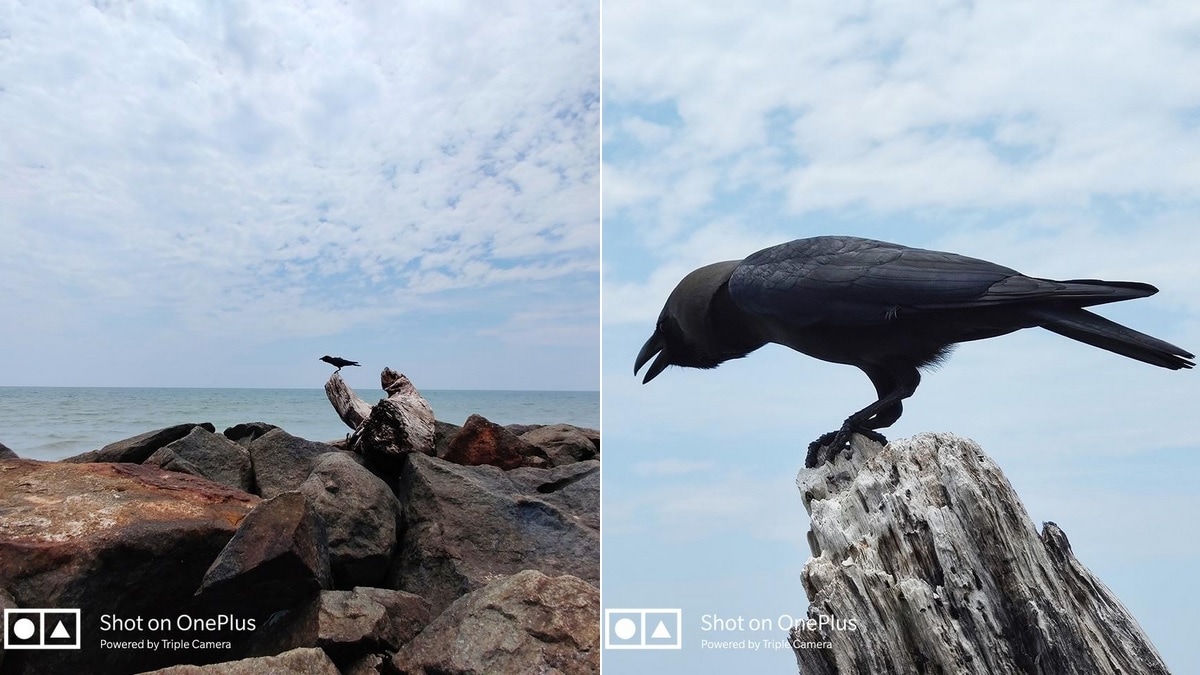 OnePlus 7 and the OnePlus 7 Pro are now two weeks away from their official launch. Ahead of the grand unveiling on May 14, OnePlus has ramped up its marketing campaign and has shared a trio of images which show off the photography chops of the OnePlus 7 Pro. The camera samples shared by OnePlus tease the presence of an ultra-wide angle lens on the phone, and also show off the optical zoom capabilities of the upcoming device which is set to sport a telephoto lens with 3x optical zoom support.

Talking about the camera samples shared by OnePlus, they are stripped of their EXIF data. But going by the perspective, one of them appears to have been shot using the wide-angle camera as it shows a much wider panorama. The second image appears to have been shot using the primary camera in regular mode, while the last one shows the close-up of a bird, most likely captured using the 3x telephoto lens on the OnePlus 7 Pro.

While the 3x optical zoom of the OnePlus 7 Pro - whose output was recently documented in a report - is inferior to the Huawei P30 Pro's (Review) 5x optical zoom capabilities, it would still be significantly better than digital zoom we see on a host of smartphones out there. In addition to the 3x optical zoom feature, the OnePlus 7 Pro is tipped to introduce an improved HDR mode and more capable night mode for low light photography that is also faster at image processing. Additionally, OnePlus 7 Pro will also offer 10x digital zoom support, however, it misses out on the time-of-flight (ToF) sensor that can be found on many high-end phones out there.

OnePlus has already teased the presence of triple rear cameras on the OnePlus 7 Pro and plans to pit it against the likes of the Huawei P30 Pro and the Samsung Galaxy S10 (Review), both of which are known for their camera prowess. As per a leak, the OnePlus 7 Pro will come equipped with a 48-megapixel primary camera with f/1.6 aperture and OIS as well as EIS for stabilisation. Accompanying the main sensor is an 8-megapixel telephoto lens with f/2.4 aperture and 3x zoom capability, and a 16-megapixel wide-angle lens with f/2.2 aperture and 117-degrees field of view.

As for the rest of the specifications, the OnePlus 7 Pro is tipped to sport a 6.7-inch QHD+ (1440x3120 pixels) display with a 19.5:9 aspect ratio and a curved profile. The display will reportedly have a refresh rate of 90Hz and has already been awarded the A+ rating by DisplayMate for quality. Qualcomm's Snapdragon 855 will power the phone, while a 4,000mAh battery with 30W Warp Charge support will keep the lights on. We'll get to know more about the OnePlus 7 Pro and its less powerful sibling, the OnePlus 7, upon their official launch at the company's May 14 event.