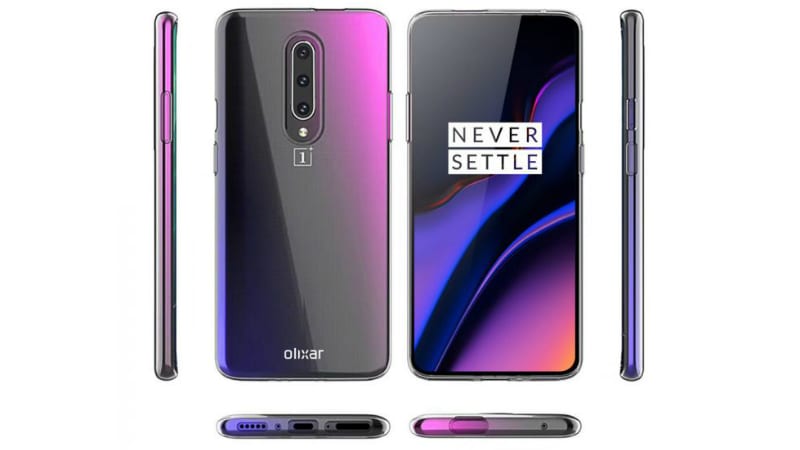 OnePlus 7 launch is tipped to be on May 14, and running up to it, information is trickling regularly through the Internet about its specifications and features. Case maker Olixar now lists the OnePlus 7 cases, and it's even begun selling them before the official launch of the phone. The case listings gives away full design details of the OnePlus 7, almost confirming the pop-up selfie camera and the triple rear camera setup aligned vertically. OnePlus is expected to launch multiple variants of the OnePlus 7 this year.

On the Olixar site, OnePlus 7 cases are being sold ahead of launch. About five different styles of cases are listed on the site, priced up to $16.99 (roughly Rs. 1,100). The listings reveal the full design of the OnePlus 7 - from the front, back, and all sides. The OnePlus 7 is seen to sport a bezel-less and notch-less display thanks to the pop-up selfie camera.

At the back, the phone sports a triple rear camera setup, and the power button sits on the right edge. The volume rockers are housed on the left edge of the phone. At the bottom edge, the OnePlus 7 is seen to sport a USB Type-C port, a speaker grille, microphone, and SIM tray slot. Top edge houses the selfie camera sensor and the microphone. This is in line with a previous case render leak that also suggested a bottom edge SIM tray slot.