OnePlus 7 has been a part of the rumour mill for some time. But now, case renders purportedly showing the design of the next-generation OnePlus flagship have surfaced online. The fresh OnePlus 7 case renders show a cut-out that could be associated with the upcoming smartphone's anticipated pop-up selfie camera. Also, there is a room for a vertically-placed triple rear camera setup that comes along with an LED flash. The cases featured on the OnePlus 7 renders additionally come with cut-outs for the USB Type-C port and alert slider.

The case renders have been leaked on Twitter by one of the top contributors on tipping website Slashleaks Sudhanshu Ambhore. The renders majorly show the notch-less display design of the phone that is said to be the OnePlus 7. They clearly show the room for a pop-up selfie camera module, which is rumoured to be a part of the new OnePlus phone. The top panel of the handset also has a secondary microphone.

At the bottom, the renders show that the phone has a USB Type-C port, loudspeaker grill, and a primary microphone. There is also a cut-out at the bottom that appears to be for the SIM card tray, since the handset doesn't seem to have a SIM card slot on its sides. 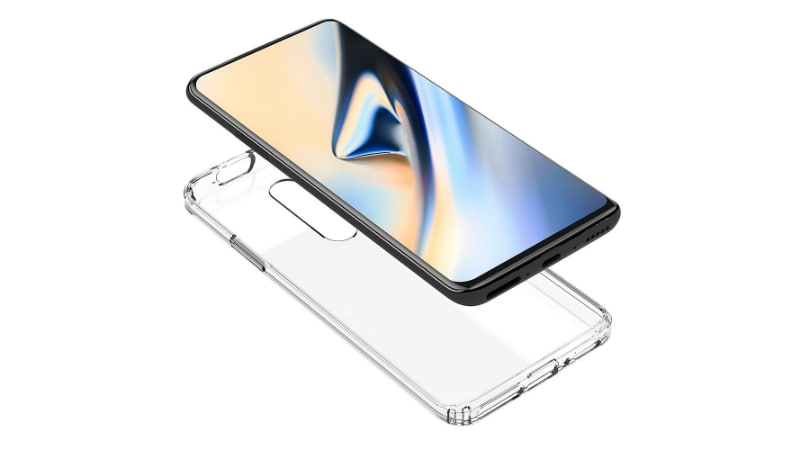 The sides of the phone do appear to have a volume rocker, power/ lock key, and an alert slider. At the back, there is a OnePlus logo and a triple rear camera setup. The handset also appears with an LED flash module just below the camera setup.

We weren't able to independently verify the authenticity of the case renders. However, since smartphone brands usually offer dummies to major case render companies before the launch of their devices, the latest renders might be sourced from a case manufacturer. 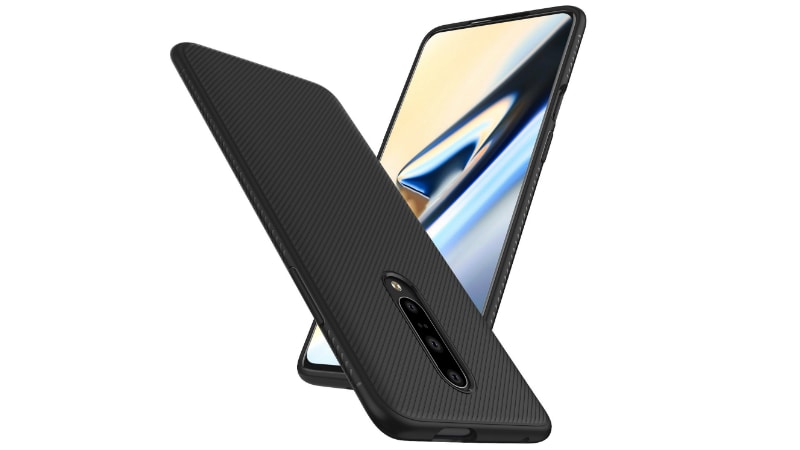 That being said, this isn't the first time when the OnePlus 7 has been leaked on the Web in its full glory. Case renders allegedly showing the OnePlus 7 along with its triple rear camera setup and pop-up selfie camera leaked a couple of times in the past. Similarly, renders purportedly professing the narrow-bezel display, triple rear camera, and other elements of the phone also spotted last month.

OnePlus CEO Pete Lau confirmed back in February that the OnePlus 7 wouldn't have wireless charging support. Lau in a separate Weibo post recently suggested the absence of a 3.5mm headphone jack.

The OnePlus 7 is rumoured to debut with a Qualcomm Snapdragon 855 SoC and come with a 6.5-inch AMOLED display. The phone is also said to have in-display fingerprint sensor support.