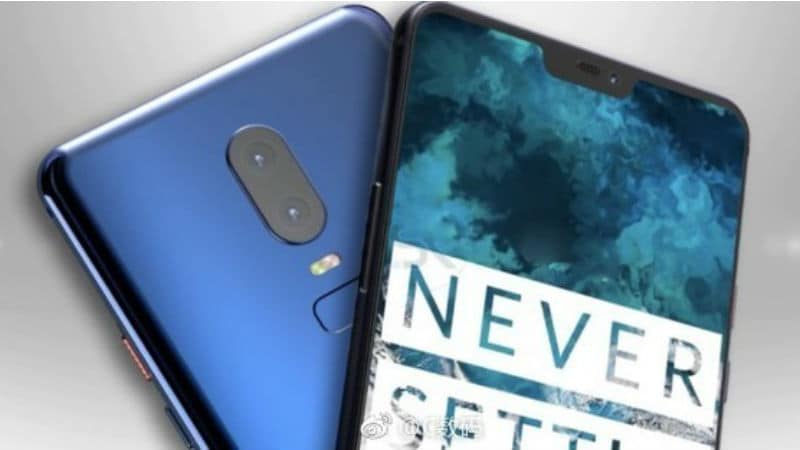 OnePlus 6 is all set to be unveiled on May 16 and just ahead of official launch, the smartphone has made an appearance on a Chinese certification site revealing its full specifications. When it comes to OnePlus 6 and its specifications, most of the key details have already been confirmed by the company and they suggest a decent upgrade over the OnePlus 5T. While most of the other details have already been revealed in several leaks and rumours over the past few months, the latest leak reconfirms them. However, the new listing does not provide any official images of the OnePlus 6.

As per Slashleaks, a OnePlus smartphone with model number A6000 have been certified by TENAA, as spotted by Slashleaks, revealing full specifications. According to the OnePlus A6000 listing, the smartphone sports a 6.28-inch full-HD+ (1080x2280 pixels) AMOLED display. The smartphone is powered by a 2.45GHz octa-core processor that means the Snapdragon 845 SoC. In the current listing, the OnePlus 6 is equipped with 6GB of RAM and inbuilt storage of 64GB. However, the TENAA listing of the smartphone may soon get updated with an 8GB RAM listing as well, including inbuilt storage variants up to 256GB.

The OnePlus 6 will come with Android 8.1 Oreo, as per the listing. In terms of optics, the handset sports a dual camera setup that includes a 20-megapixel primary sensor and a 16-megapixel secondary sensor. On the front, it has a 16-megapixel camera for selfies. Further, the smartphone will be fuelled up by 3300mAh battery and it measures 155.7x75.35x7.75mm and it weighs 177 grams.

So far, OnePlus itself has confirmed a lot of things about the OnePlus 6. First off, is it will sport an iPhone X-like notch to house its front camera, proximity sensor, and earpiece, and users will get the software option to hide the notch if they don't like it. The smartphone will also have a glass back panel, which is thought to enable wireless charging, and it will be made of 'new materials', the company had teased.

Notably, OnePlus 6 India price details got leaked earlier this week. The OnePlus 6 expected to be launched in India priced at Rs. 36,999 for the 64GB storage variant, while the 128GB variant will cost Rs. 39,999.