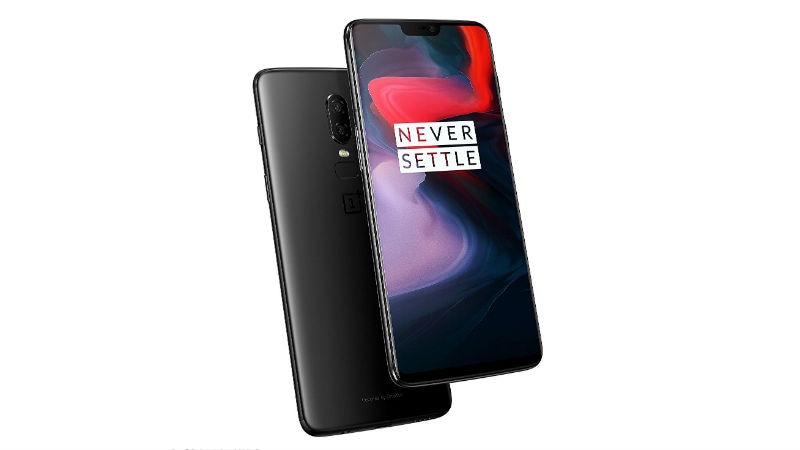 OnePlus 6 is just a few days away from launch, but major leaks and rumours continue to surface on the Internet. The next flagship by the Chinese mobile maker is set to be unveiled on May 16, and most of the specifications have already been revealed. However, Amazon's German site has reportedly detailed specifications and the euro price of the OnePlus 6. Additionally, some renders of the smartphone have been leaked by a case maker, confirming several speculations around the handset. These images, just like the numerous leaks we have seen so far, reveal the OnePlus 6 with a glass back and a notch at the top of an edge-to-edge display.

German site WinFuture posted renders of the alleged OnePlus 6, saying that they were originally posted on Amazon Germany's portal. The images, also posted by Slashleaks, provide a view of the OnePlus 6 shot from every angle, similar to other product listings on Amazon. However, the product listing appears to have been removed from the Amazon site. According to the listings, the smartphone will be available in 'Mirror Black' and 'Midnight Black' colour variants. Also, the report revealed that the OnePlus 6 will be available for sale from May 22.

The listing has not left much to the imagination, ahead of the OnePlus 6's official debut. Other leaked details include a vertically stacked 16-megapixel and 20-megapixel rear camera setup with OIS portrait mode and slow-motion, alert slider being moved to the right, and the presence of a headphone jack. Also, the listing reportedly showed that the OnePlus 6 will be water resistant, but there is no clarity on whether it has an IP67 or IP68 certification.

Meanwhile, case renders of the OnePlus 6 have been leaked by a case maker as well. As per an AndroidPure report, the renders provided by the case maker corroborates the speculations that have been surfacing for months now. As per the images, the OnePlus 6 will sport a tall 19:9 screen with a notch on the top, fingerprint sensor, a vertically-positioned dual-camera setup at the back, and a rear glass panel.

The report also says that OnePlus has not skipped the 3.5mm audio jack on its latest flagship. As per the case renders, the connector is going to be placed alongside a USB Type-C port. Interestingly, these images reveal that the OnePlus 6 will arrive in White and Black colour variants.

To recall, the OnePlus 6 launch is expected in London on May 16, followed by events in Mumbai and Beijing on May 17.