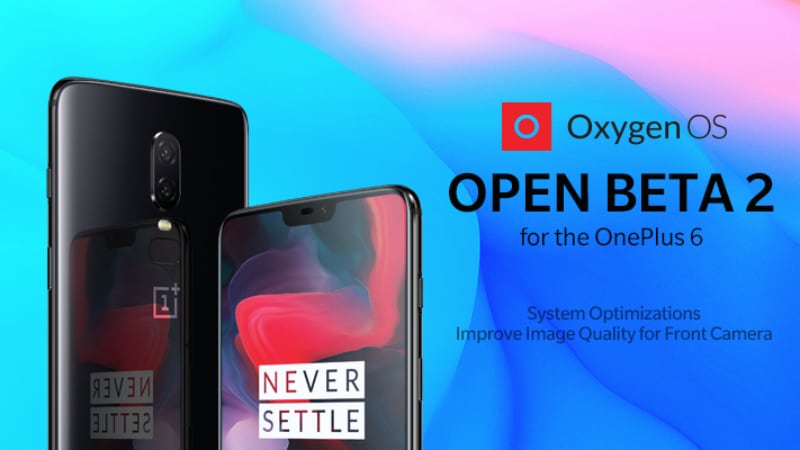 OnePlus 6 has received the OxygenOS Open Beta 2 software update, within days of receiving its first iteration, OxygenOS Open Beta 1. Much like the previous update, this too is based on top of Android 9.0 Pie and brings certain improvements and optimisations to the OnePlus 6's operating system, launcher, as well as the camera and Messages app. The Open Beta 2 update for OnePlus 6 has a file size of about 1.5GB. Users will need to manually download the ROM to update their smartphones to receive the features.

The update also includes an optimised multitasking UI in the launcher, optimised image quality for the front camera, and improved UI for receiving verification codes or OTPs (One Time Passwords). It also appears to have a couple of known issues such as non-functioning third-party apps and issues with Google Pay.

Before downloading, do keep in mind that this is beta software and might not be as stable as the official version. With that in mind, here are some steps to help you get it on your handset.

If you are currently running an OxygenOS Open Beta on your OnePlus 6, this update will be rolled out to your handset via an OTA update. You can also download the ROM here.On the other hand, if you are running a developer ROM, you will need to wipe out all of your existing data after installing the ROM upgrade package. There is an official flashing guide from OnePlus to help smoothen the process.

Jack Ma to Step Down as Alibaba Chairman Next Year, Complete 2020 Term on Board of Directors