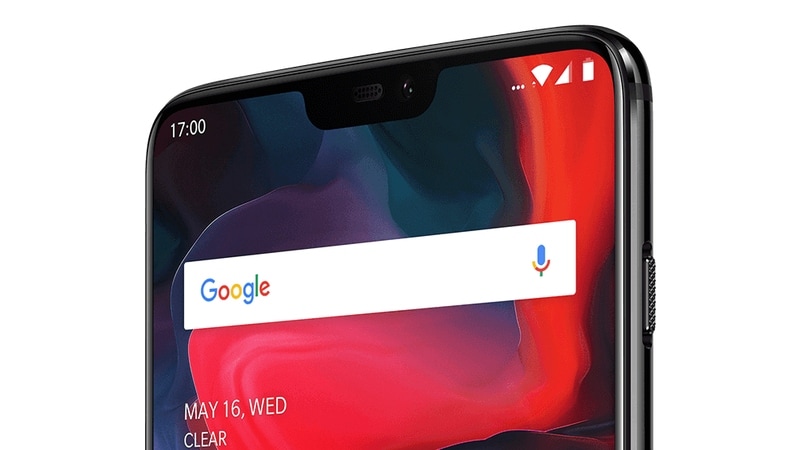 OnePlus 6T, the mid-year upgrade to OnePlus' flagship smartphone series, was launched at an event held in New York on Monday. This will be followed by an India launch today at an event in New Delhi. As is tradition with every update to this series, the previously available OnePlus 6 has now gone out of stock in India, across Amazon.in as well as OnePlus' own online store. Notably, no variants of the phone are available for purchase, and might not be back anytime in the future. We have reached out to OnePlus for a comment and will update this space accordingly.

It appears that Amazon's second instalment of the Great Indian Festival Sale was the one of the last few opportunities wherein users could grab the OnePlus 6, with an additional Rs. 5,000 discount on all configurations. Continuing its partnership, the Chinese smartphone maker will make available the OnePlus 6T via the same channels - Amazon.in, OnePlus online store, and OnePlus' offline experience retail stores. Pricing for the Indian market has not been revealed yet, but we can expect that to happen at the launch event on Tuesday at 8:30pm. Pricing for the US market has been hiked for the base variant, going up to $549 (roughly Rs. 40,300) from the previous $529 (around Rs. 39,000), while that of the two other variants remains same.

In terms of optics, the OnePlus 6 sports a dual rear camera setup with a primary 16-megapixel sensor and a secondary 20-megapixel sensor. On the front, the handset gets a 16-megapixel selfie camera with f/2.0 aperture and EIS. There is a 3,300mAh battery under the hood, with support for Dash Charge (5V 4A) fast charging technology.