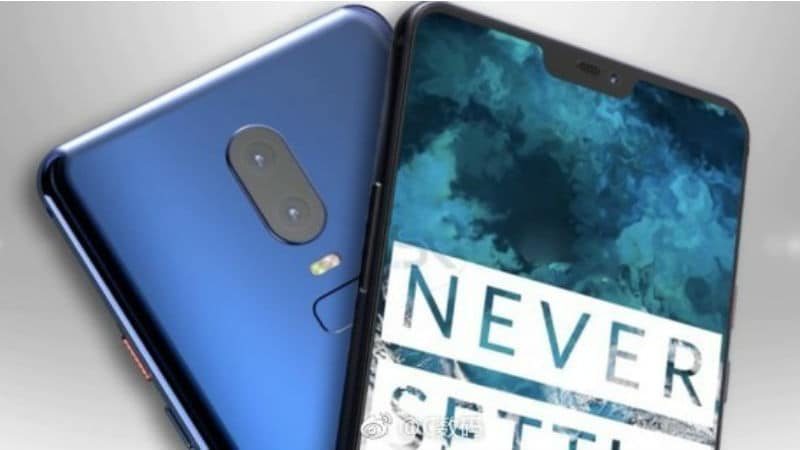 OnePlus 6 Blue colour option could be the highlight this year

OnePlus 6, the upcoming flagship smartphone from Chinese brand OnePlus, will be launched before the end of Q2 2018. And, OnePlus 6 leaks and rumours floating on the Internet, combined with information provided directly from the manufacturer, have not left much to the imagination. Now, some renders of the OnePlus 6 have leaked online revealing that the latest OnePlus smartphone may come in three colour variants - White, Black, and Blue. The smartphone will be the successor of the OnePlus 5T, which is the current flagship of the company.

As per a CNMO report, renders of the OnePlus 6 showcasing the three new colour models of the handset has been posted on microblogging site Weibo. While the smartphone's previous variants have already come in Black and White coloured variants, a Blue-coloured OnePlus 6 could be the highlight this year. Apart from revealing the new colour options, the leaked renders also detailed a few features that the upcoming handset may come with.

In the freshly leaked images, the OnePlus 6 is seen sporting an edge-to-edge display along with the notch. There has been a huge debate around the notch earlier, ever since the Chinese manufacturer had confirmed the feature. Later, in a forum post, OnePlus CEO Pete Lau also provided an extensive justification around the implementation of the notch on the upcoming flagship handset. Finally, the company reassured its fans that the smartphone will come with an option to hide the notch as well.

To recap the details we know about the upcoming handset, OnePlus had confirmed that the OnePlus 6 will come equipped with a Snapdragon 845 SoC, coupled with up to 8GB of RAM. Also, one of the OnePlus 6 variants will come with 256GB of inbuilt storage. As per a leaked image, the OnePlus 6 may also come in a wood-inspired back panel design. Additionally, OnePlus had disclosed that it is teaming up with Marvel Studios, possibly to launch an Avengers-themed OnePlus 6 variant - since the movie's release date is April 27 - we may see a launch as early as then. Also, in a recent teaser and the forum section, the company had officially confirmed the "6" moniker for its next smartphone.

Xiaomi Doubles Down on Its 'Make in India' Plans
After RBI's Latest Move, Is Bitcoin Dead in India?