OnePlus 6 DxOMark review is seemingly on the way too

It's no secret at this point that OnePlus 6, the upcoming flagship handset from OnePlus, is set to be launched soon. While certain OnePlus 6 features have been revealed by the company, a lot of the smartphone is yet to be seen. Now, a new leak gives us a clearer look at the front panel of the smartphone, which has been confirmed to sport a notch. Separately, the smartphone is said to arrive with an Avengers: Infinity War edition in UK.

A new image of the OnePlus 6, leaked on Weibo on Tuesday and spotted by GSMArena, shows that the DxOMark review of the OnePlus 6 is underway. While there are not many details, it shows a notch - as before - along with a substantially-sized bottom chin. Additionally, a report by Deadline suggests the OnePlus 6 will get an Avengers: Infinity War edition - as previously teased - with a Snapdragon 845 SoC, 8GB RAM, and 256GB inbuilt storage. This is said to be part of the movie's marketing campaign which is said to be the largest ever for any Hollywood movie in history - a total of $150 million (roughly Rs. 974 crores). 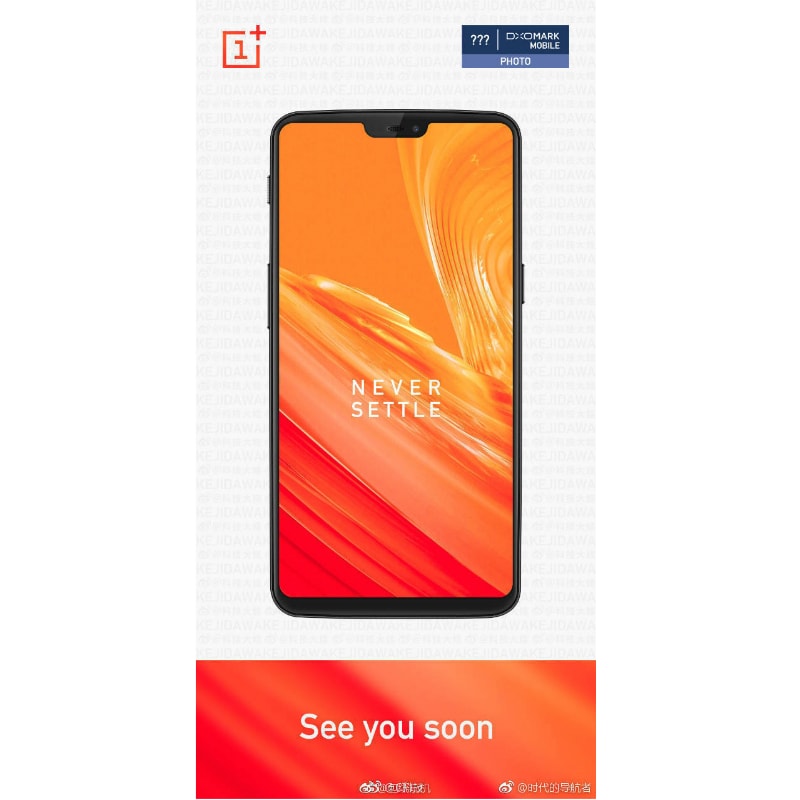 OnePlus on Monday also announced that it would be shifting its official domain name from the previous oneplus.net to the new oneplus.com. The company also stated that the address for its store in India has been changed from oneplusstore.in to oneplus.in.

"It's a personal milestone for us, something we've wanted for some time but couldn't achieve when we were just a budding player. On a pragmatic level, we believe this domain change is necessary as we continue to grow. We hope migrating to .com for all regions willhelp protect our fans from sites who pose as the regional variation of OnePlus," said Mingyu, Staff Member, OnePlus.