The new OnePlus 6 (Review) variant has more than just the design on its side though — it is the only variant in India with 256GB of internal storage. It goes on sale in India today via Amazon.in and OnePlus.in at 12pm IST, and will be available in limited quantities only. Those who are willing to wait a little can head to the OnePlus Experience Store in Bengaluru, authorised stores, or Croma retail stores starting June 3. This is the second such partnership OnePlus has had with Marvel, after the OnePlus 5T Star Wars Limited Edition model back in December 2017. To recall, another OnePlus 6 version is in the offing too — the Silk White variant goes on sale in India on June 5. 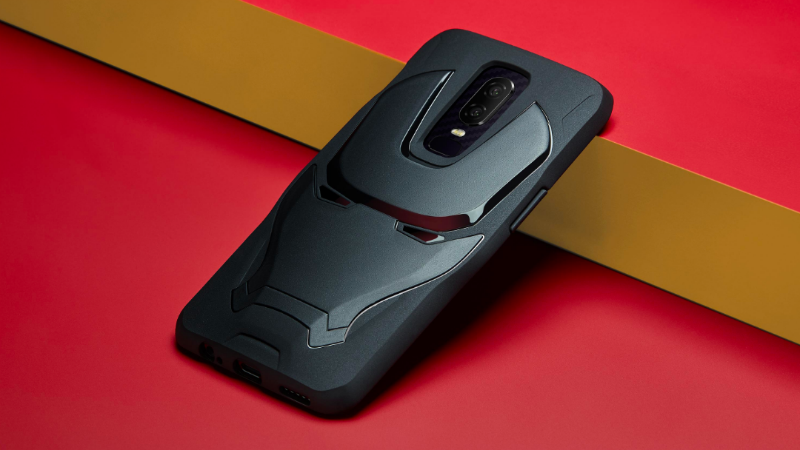 As for the price in India, OnePlus 6 Marvel Avengers Limited Edition costs Rs. 44,999, making it the most expensive smartphone the company has released thus far. Now coming to the launch offers, all the standard launch offers apply to this model too. So you will get Rs. 2,000 cashback on purchasing the phone using a Citibank credit or debit card, and no-cost EMIs up to 3 months from major banks. Idea subscribers will get cashback of up to Rs. 2,000 too, along with dedicated device insurance. There’s also complimentary 12-month accidental damage insurance from Servify, and Celartrip benefits worth up to Rs. 25,000 on flight and hotel bookings. Amazon is giving a Prime Video gift card worth Rs. 250 as well as discounts worth up to Rs. 500 on Kindle ebooks.

There’s a referral programme too — if you bought a OnePlus 3 or newer device before May 18 will get three referral codes, and if two people buy the OnePlus 6 using the same referral code, then they will get OnePlus Bullets V2 (Review) headphones for free. The buyers too will get extra 3-month warranty on their handset.

Apart from the extra storage and the design, the OnePlus 6 Marvel Avengers Limited Edition is exactly the same as the regular variant. This means you get the same dual-SIM (Nano) smartphone with a 6.28-inch full-HD+ Full Optic AMOLED screen and Android 8.1 Oreo-based OxygenOS 5.1 software. Under the hood will be the 2.8GHz octa-core Snapdragon 845 SoC with 8GB RAM, with no provision for storage expansion. On the back is a dual camera setup featuring a 16-megapixel primary sensor and a 20-megapixel secondary sensor, backed by dual-LED flash. For selfies, the smartphone has a 16-megapixel front camera. Some of the notable camera features are Slow Motion recording, a preloaded video editor, Portrait Mode and AI-based bokeh effect.

The OnePlus 6 Marvel Avengers Limited Edition has fingerprint sensor on the back, but you can also make use of the Face Unlock function that is claimed to unlock the handset in 0.4 seconds. As for connectivity, you will get 4G VoLTE, Wi-Fi 802.11 ac with 2x2 MIMO, Bluetooth 5.0, NFC, GPS, USB Type-C, and 3.5mm earphone jack. Battery capacity of the smartphone is 3300mAh with 5V 4A fast-charging that is said to provide enough juice for a whole day with a charge of half an hour.