The OnePlus 5T Star Wars Limited Edition model was launched in the Indian market ahead of the release of Star Wars: The Last Jedi, the latest installment in the movie franchise. The new OnePlus 5T variant is the most expensive OnePlus smartphone in the country yet, and features a few customisations that distinguish it from the standard version of the handset. These include a white back panel with a Star Wars logo on it, a red Alert Slider, 10 preloaded wallpapers, and other software customisations. The company has also bundled a rugged case with the OnePlus 5T Star Wars Limited Edition, one that is designed after Kylo Ren's helmet from the movie.

Getting really geeky, OnePlus explains the Sandstone White back panel of OnePlus 5T Star Wars Limited Edition smartphone is inspired by the white-coloured salt plains of the mineral planet Crait, featured in the movie. The red of the Alert slider is based on the red-coloured mineral mined on the planet. The box - which also features Star Wars branding - also contains Star Wars stickers, apart from the standard OnePlus ones. Finally, there is a customised theme with red accent, black and white colours.  The Star Wars partnership for the OnePlus 5T Limited Edition is only in India and a few Nordic regions, OnePlus said, such as Denmark, Finland, and Sweden.

As for availability, the OnePlus 5T Star Wars Limited Edition went on sale from midnight (12am IST) of Friday, December 15 - the same day that Star Wars: The Last Jedi released in the country - via Amazon India and OnePlusStore.in. It will also be available via OnePlus Experience stores in Bengaluru and Noida, while stocks last.

OnePlus also said it will hold pop-up events in 9 cities across India. Users will be able to experience and purchase the OnePlus 5T Star Wars Limited Edition at the pop-up stores across 6 cities in India on December 16 and 17 - Bengaluru, Chennai, Delhi, Kochi, Mumbai, and Pune. Hyderabad and Kolkata will also have their own pop-up stores. Venues will be detailed on the company site. 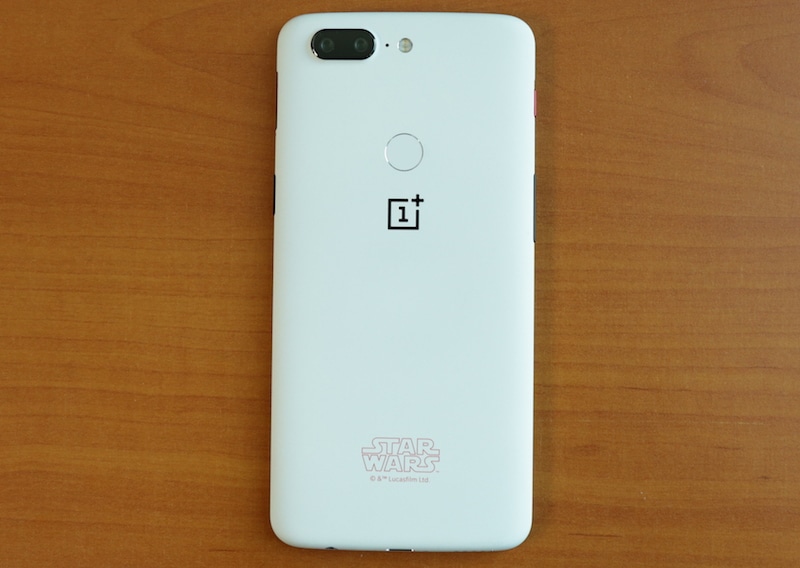 As for launch offers, and as a part of the company's anniversary celebration in India, all OnePlus buyers will be eligible for zero cost EMI, Rs. 2,000 extra off on the exchange of any OnePlus device and Rs. 1,000 extra off on the exchange of any other device. Additionally, Axis Bank debit and credit cards users are eligible for a Rs. 1,500 instant discount on purchase of any OnePlus device, including the OnePlus 5T Star Wars Limited Edition. Buyers will also be eligible for a complimentary 12-month Accidental Damage Insurance by Servify on downloading the Kotak 811 savings account and activating it with an initial deposit of Rs 1,000 in the introductory period.

Idea users buying the OnePlus 5T Star Wars model will get 2GB data per day, up from 1.5GB a day, on a recharge of Rs. 357. This offer will be applicable on 18 recharges. Customers are also eligible for 1 year of free membership of Zomato Gold — the newly launched premium subscription offering from Zomato. All the above mentioned anniversary offers are available till December 19, 2017. Using the Amazon Prime Video app on the handset will get buyers Rs. 250 as Amazon Pay balance cashback, while Rs. 500 will be provided as Kindle eBooks promotional credits on using the Kindle app.

OnePlus 5T Star Wars Limited Edition specifications
The OnePlus 5T Star Wars Limited Edition is identical to the regular edition in terms of specifications. The dual-SIM (Nano) OnePlus 5T runs OxygenOS based on Android 7.1.1 Nougat. It bears a 6.01-inch full-HD+ (1080x2160 pixels) Full Optic AMOLED with an 18:9 aspect ratio, 401ppi pixel density, and 2.5D Corning Gorilla Glass 5 protection. The display also supports sRGB and DCI-P3 colour gamuts. It is powered by an octa-core Snapdragon 835 SoC, clocked at up to 2.45GHz, paired with either 6GB or 8GB of LPDDR4X RAM. 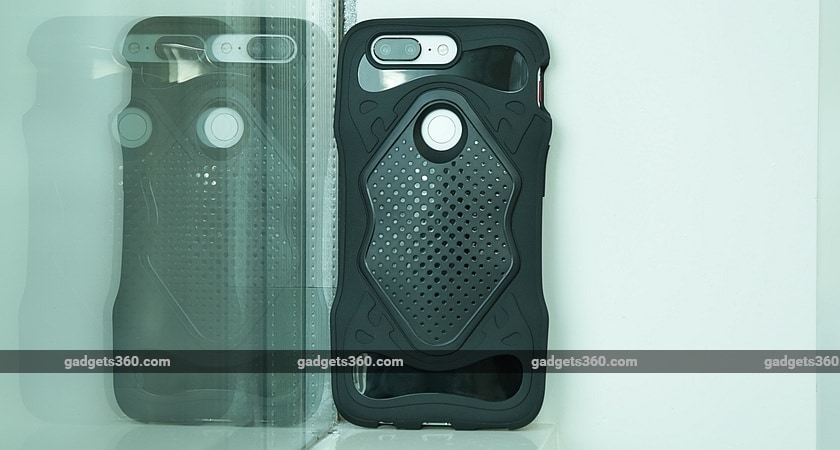 The Kylo Ren helmet-inspired case bundled with the OnePlus 5T