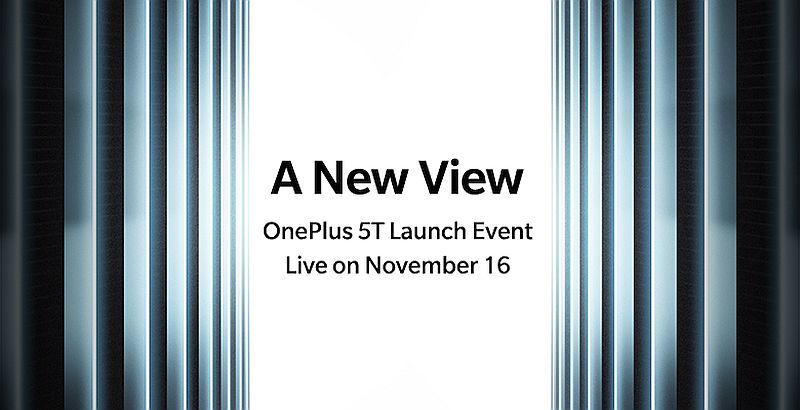 OnePlus 5T launch date has been set as November 16, the company revealed a day after it confirmed that the upcoming handset will be unveiled in New York City. The Chinese brand also confirmed that the OnePlus 5T India release date of the all-screen smartphone will be November 21, just five days after its global unveiling. However, The November 21 release is only a flash sale for early birds, while the regular sales will commence a week later, on November 28. The OnePlus 5T price, in India as well as in other markets, still remain unknown, though CEO Pete Lau has suggested that it will remain under CNY 4,000 (roughly Rs. 39,000 or $600).

The company has also confirmed that the launch event will be live streamed and interested users can follow the company's dedicated page for updates on the OnePlus 5T. The Chinese company also talked about its Open Beta program which was kicked started in August last year. OnePlus says over 15,000 users contributed to this program by sharing bug reports, suggesting new features, and more. The company is marketing the November 16 launch event of the OnePlus 5T as "A New View" event.

Coming to the OnePlus 5T specifications, the handset is said to sport a 6.01-inch display with a 1080x2160 pixels resolution with an 18:9 aspect ratio. It is likely to pack a 20-megapixel front and rear camera sensor. It is likely to run Android 8.0 Oreo based OxygenOS. The smartphone is expected to be powered by the same Snapdragon 835 SoC that was present on the original OnePlus 5 flagship. Likewise, it would continue the trend of sporting a dual-camera setup. OnePlus online retail partner Amazon India has already published a dedicated page for the OnePlus 5T.