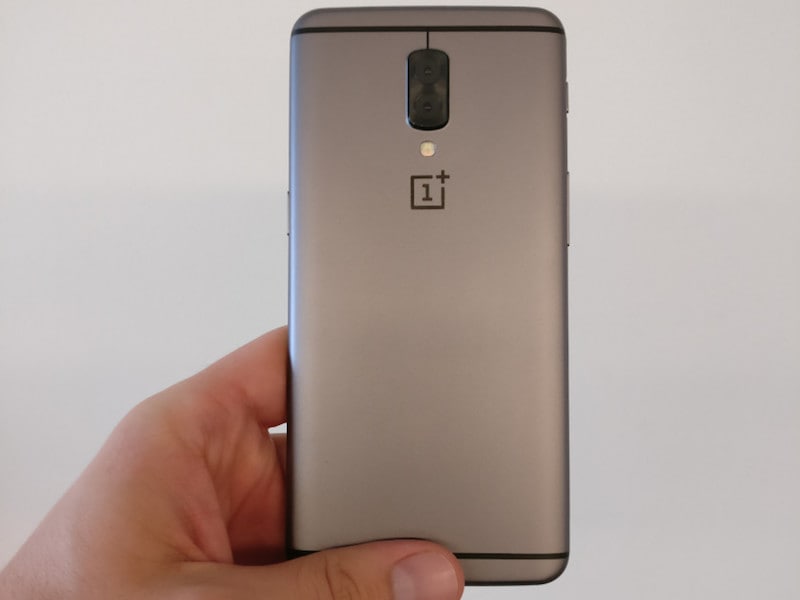 OnePlus 5, the successor to OnePlus 3T, is expected to launch this Summer, with the month of May being mostly about the upcoming flagship. From leaked images and specifications to benchmark listings, a lot has already been speculated about the OnePlus 5. The design, however, has been a little hard to determine, but a new prototype image of the handset may give an indication of what the final product could look like.

A new image of the OnePlus 5 (seen above) was found, by Android Authority, claiming that it is a prototype version of the smartphone. The image only reveals the back of the handset, which is perhaps the important aspect as the OnePlus 5 has been tipped to sport a dual rear camera setup. The image indeed shows a vertical dual rear setup just below the antennae lines with the flash and fingerprint sensor placed below the cameras.

Past leaks of the OnePlus 5 in recent weeks have shown some variations to the design, especially regarding the dual rear camera placement. But if we were to speculate from the recent trend of images that have surfaced, it is likely that the OnePlus 5 will feature a vertical dual rear camera setup, and a general OnePlus 3T-like inspiration for the back.

Speaking about the camera, a separate rumour on Wednesday suggests that the OnePlus 5 will feature a 16-megapixel primary camera with a Sony IMX398 sensor and 1.12-micron pixels, but was vague on how it fits in the dual rear camera frame of things.

The OnePlus 5 has already been spotted on AnTuTu where it scored 176,000, and GeekBenck where it achieved a multi-core score of 6687, outperforming Samsung's Galaxy S8+.

The upcoming flagship from OnePlus is expected to feature top-of-the-line specs including Snapdragon 835 SoC coupled with Adreno 540 GPU and 6GB of RAM. It is tipped to run on Android 7.1.1 Nougat out-of-the-box and will feature a full-HD (1080x1920 pixels) display. You can expect more details to pop up as we approach the launch of the OnePlus 5.

Reliance Jio Effect: Airtel Broadband Plans Now Offer Up to Twice the Data at Same Price
The Witcher Series Will Be Adapted on Netflix